“I don’t think I ever thought of it. Not that I even had a discussion about it with my family,” said Riddhima 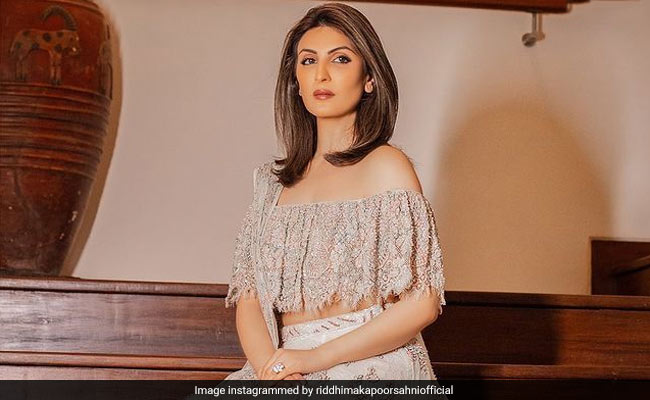 Riddhima Kapoor Sahni, the daughter of actress Neetu Kapoor and late actor Rishi Kapoor, got “a lot of film offers” when she was 16-17 and studying in London, she revealed in an interview with Times Of India. However, she never “thought of it.” Riddhima is a part of Bollywood’s Kapoor clan. Apart from her parents, her brother Ranbir Kapoor also took acting as a career and is a renowned star now. Recalling the time when she used to get film offers, Riddhima Kapoor Sahni said: “When I was in London, I was getting a lot of film offers but I don’t think I ever thought of it. Not that I even had a discussion about it with my family. I came back from London and got married. When I was studying, I remember my mother would tell me about the film offers coming my way and I’d wonder what to make of them because I was only 16-17 at the time.”

Riddhima is now married to businessman Bharat Sahni. The couple are parents to a daughter named Samara.

Riddhima Kapoor Sahni is a jewellery designer. When asked what she could have been, if not a designer, Riddhima told the TOI: “I worked as a fashion designer and then moved to jewellery eventually when people started complimenting me for it. Then I collaborated with a partner and touchwood we have been getting an overwhelming response ever since our launch in 2015. If not, then I could have tried becoming a yoga teacher or even a chef.”

Top 7 Cars Offered With Maximum Discounts In May 2021

“Not About Rahul Gandhi Or…”: Jitin Prasada On Why He Quit...