The rupee has climbed 1.5 per cent against the dollar in May to beat all its regional peers as the nation’s daily infections decline rapidly after touching a record high 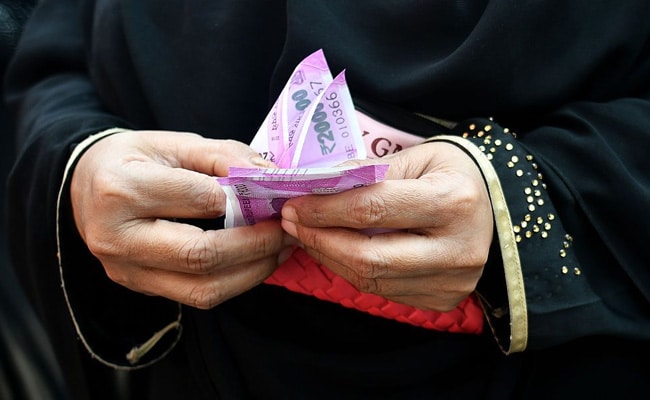 The rupee tumbled to lowest in nine months in April as daily coronavirus cases soared above 300,000


The rupee has staged a strong comeback, rebounding to become Asia’s top-performing currency from its worst on signs that India’s virus crisis may be easing. India’s currency has climbed 1.5 per cent against the dollar in May to beat all its regional peers as the nation’s daily infections decline rapidly after touching a record high. The rupee also has the benefit of offering Asia’s highest carry returns.

The revival in the rupee’s fortunes reflects India’s efforts to tackle the pandemic, with local lockdowns helping to rein in daily cases which were the world’s highest in April. Still, the central bank may be wary of a stronger currency given its adverse impact on exports at a time when the economy is emerging from a recession.

“High carry and low volatility are making the rupee stand out” amid hopes that the worst of the virus wave may be over, said Anindya Banerjee, currency strategist at Kotak Securities. The Reserve Bank of India may step in at some stage to limit the currency’s gains, he added. 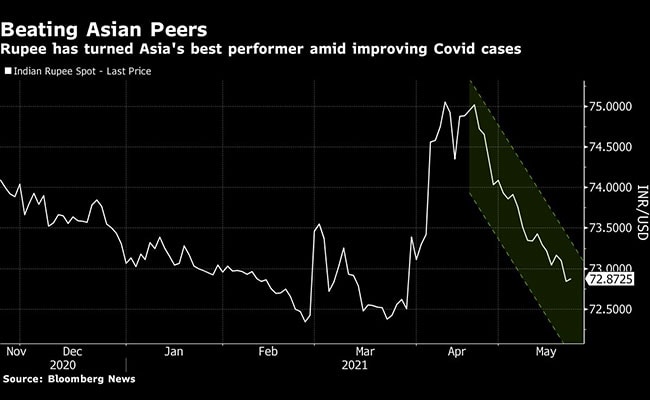 The rupee tumbled to the lowest in nine months in April as daily coronavirus infections soared above 300,000, triggering the unwinding of up to $50 billion in carry trades. New cases dropped to 222,315 on Monday.

The currency may also get a lift as investors convert dollars from a slew of upcoming initial public offerings into rupees. Online food delivery startup Zomato’s $1.1 billion share offering is among the upcoming IPOs.

Barclays Plc. expects the rupee to climb to 72.50 per dollar by next quarter from around 73 now owing to supportive flows, attractive valuations and a less interventionist RBI, according to a note published this week.

Besides a more favorable trajectory of reported cases, the rupee has also drawn in speculative funds by offering the highest carry trade returns in the region.

“A lot of the appreciation is due to the revival in carry trades,” said Bhaskar Panda, senior vice president, Treasury Advisory Group at HDFC Bank. Earlier, the unwinding happened as there was a trigger in terms of higher cases. “Now, they are re-positioning.”