The Insider has worked with Bellingcat on projects including an investigation into what Kremlin critic Alexei Navalny says was an attempt to kill him. 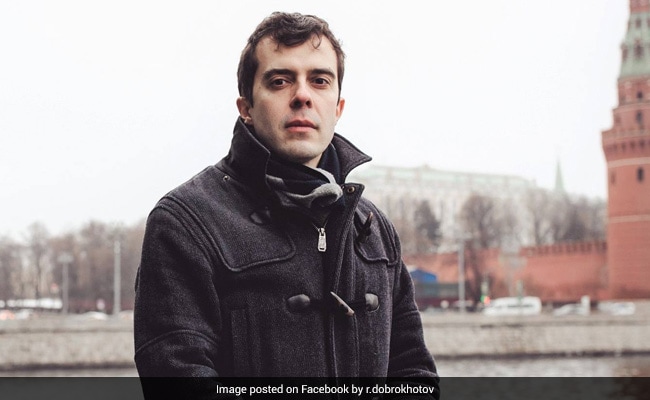 Roman Dobrokhotov posted his home address on Twitter and said police searches were under way there.

Russian police took Roman Dobrokhotov, editor-in-chief of investigative media outlet The Insider, in for questioning over a slander case and searched his home on Wednesday, moves allies said were part a crackdown on media critical of the Kremlin.

The Insider is an online outlet that has published stories about the lives of Russia’s secretive elite and collaborated with Bellingcat, an outlet whose investigations into Moscow’s intelligence services have been condemned by Russian state officials as Western propaganda, something it denies.

The Insider, which the justice ministry last week labelled a “foreign agent” ahead of September’s parliamentary elections, has worked with Bellingcat on projects including an investigation into what Kremlin critic Alexei Navalny says was an attempt to kill him.

Dobrokhotov posted his home address on Twitter and said police searches were under way there. “A lawyer wouldn’t hurt,” he wrote. There was no immediate comment from the police.

Hours later, a Reuters witness saw Dobrokhotov leave his home with police. He told reporters he was being taken in for questioning in a slander case involving a tweet about a Dutch journalist.

A lawyer for the Dutch journalist said the case related to allegations that her client cooperated with the Russian security services.

Speaking after Dobrokhotov had been questioned, his lawyer told the RIA news agency that his client remained a witness not the accused in the slander case.

Sergei Ezhov, a colleague, said Dobrokhotov had been planning to leave Russia later on Wednesday.

Navalny’s spokeswoman Kira Yarmysh, who is herself under house arrest over accusations she broke coronavirus restrictions at a protest, said the legal pressure looked like retribution for The Insider’s investigative reporting.

“It’s clear why (this is happening): they do excellent investigations,” she wrote.

The Kremlin says Russians have a wide variety of news sources to choose from and that any cases being pursued against outlets result from specific circumstances and are motivated by upholding the law rather than politics.

US To Miss July 4 Goal Of One Covid Shot For...