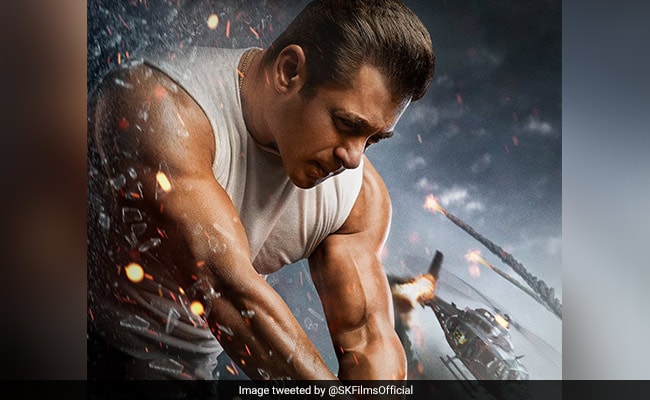 Good news for all the Salman Khan fans as his much-anticipated film Radhe: Your Most Wanted Bhai will release in theatres and OTT platforms simultaneously. Salman shared the news on Twitter. The official Twitter handle of Salman Khan Films shared a poster of Radhe and tweeted, “The perfect Eid celebration!#Radhe: Your Most Wanted Bhai, releasing simultaneously on multiple platforms worldwide. #RadheThisEid.” Apart from its release on the big screen on May 13, Radhe will also premiere on the streaming platform ZEE5.

The official handle of Salman Khan Films also announced that the trailer of Radhe will release tomorrow (April 22).

In March, Salman Khan had announced on social media that Radhe will release on May 13 on the occasion of Eid. He also shared a brand-new poster of the upcoming movie in his tweet. The actor wrote, “Eid ka commitment tha, Eid par hi aayenge kyun ki ek baar jo maine#RadheOn13thMay #2MonthsToRadhe.”

In January, Salman Khan shared the news with his fans that Radhe will release in theatres on Eid this year. The movie was initially scheduled to hit the screens in May 2020 but the release was delayed due to the coronavirus pandemic last year. The actor had shared a statement on his social media handles which reads, “Sorry it has taken me a long time to revert to all the theatre owners. It’s a big decision to make during these times. I understand the financial problems that theatre owners/exhibitors are going through and I would like to help them by releasing Radhe in theatres…”

Radhe is directed by Prabhu Deva. The film marks the third collaboration of Salman Khan and Prabhu Deva after Wanted and Dabangg 3. The film will also feature Disha Patani, Randeep Hooda, Jackie Shroff in key roles.

Apart from Radhe, Salman Khan has films like Antim: The Final Truth and Kick 2 coming up. It is also reported that the actor will make his special appearance in Aamir Khan’s Laal Singh Chaddha and cameo appearance in Shah Rukh Khan’s Pathan in 2022.