The restaurant, which is called Indian Home Diner, has existed for nearly a decade and has become a favourite amongst people who stay out late at night at clubs and bars. 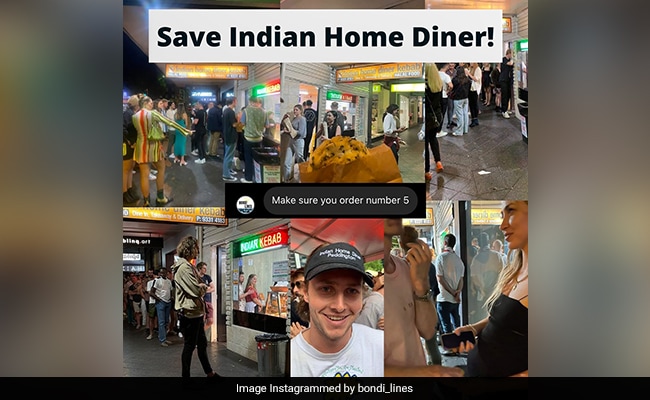 There is currently a fight going on between residents in Sydney, Australia and a local city council to allow an iconic Indian Restaurant to stay open till 3 am. The restaurant, which is called Indian Home Diner, has existed for nearly a decade and has become a favourite amongst people who stay out late at night at clubs and bars. Perfectly situated on a street in Sydney, most people stop by the restaurant on their way home after a heavy night of drinking.

About a month ago, the local city council rejected owner Robert Chowdury’s bid to officially extend his diner hours to 3 am on Fridays and Saturdays as his license had expired. According to the Sydney Morning Herald, the council confirmed that in March 2020 Chowdury was permitted to keep his restaurant open till 3 am on Fridays and Saturdays for a 12-month period, but was required to implement crowd control due to COVID-19. After the stipulated ,period he continued to keep his restaurant open and applied to permanently extend the working hours, but was rejected.

The Sydney Morning Herald report said that several Members of Parliament have quickly taken up the issue to try and save the restaurant with MP Dave Sharma saying, “This is a tragedy. I will fight to restore IHD (Indian Home Diner) hours.”

A Popular Instagram page called bondi_lines also has taken up the cause publishing a post with a picture which says “Save Indian Home Diner”. An excerpt from the post reads, “Indian Home Diner (IHD) holds a very special place in all our hearts. Its hand crafted Indian cuisine made with love you can taste makes it the premier late night food hub in the world. Although most famous for it’s #5 Garlic Cheese Naan Kebab with Alloo Chop, it is more than just a restaurant, it is a community.” The page has even started a Go Fund Me campaign to try and save the diner, and has encouraged it’s followers to donate.

The owner, Robert Chowdury has filed an application with the District Attorney’s office challenging the council’s ruleing.

Global Eradication Of COVID-19 More Feasible Than For Polio: Study