Vidya shared the teaser of Sherni with an intriguing caption and wrote: “A tigress always knows the way!” 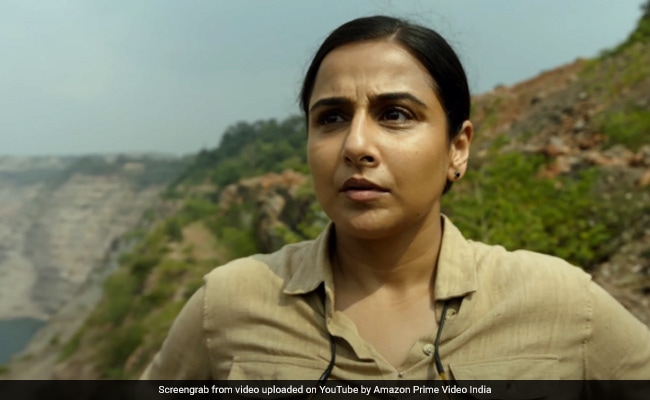 Vidya Balan had a wonderful treat for fans on Monday. The actress shared the teaser of her upcoming movie Sherni, in which she plays the role of a forest officer. Vidya shared the teaser of Sherni with an intriguing caption and wrote: “A tigress always knows the way! Ready to hear the Sherni roar? Here’s the official teaser.” The teaser only heightens the mystery about what to expect from Sherni as it comprises just a one-liner by Vidya: “Jangal kitna bhi ghana kyun na ho, sherni apna raasta dhoond hi leti hai (no matter how dense the forest is, a tigress always finds her way).” The teaser begins with an eerie shot of Vidya navigating a forest, presumably in search of the titular Sherni. The Sherni teaser wraps on a cliff-hanging note with Vidya scanning her surroundings with a alarmed expression on her face.

The trailer of Sherni will release on June 2. For now, watch the teaser of Vidya Balan’s Sherni here:

Earlier this month, Vidya Balan introduced us to her character from Sherni with this post: “Fearless as she steps out into the world! Happy to announce my latest film Sherni.” The first look poster featured Vidya Balan, sporting camouflaged separates set against the backdrop of a forest.

Sherni is directed by filmmaker Amit Masurkar, who has helmed the critically acclaimed 2017 movie Newton. Sherni is produced by Bhushan Kumar’s T-series, who described Vidya Balan’s character as a “never-seen-before avatar.”

The shooting of Sherni came to a halt last year when the nationwide lockdown was imposed in March. Vidya Balan, along with the film’s team, resumed the shooting schedule in October last year following strict bio-bubble protocols in the forests of Madhya Pradesh. Photos of Vidya Balan attending a puja on the film’s set went viral in October.