The victim, a 50-year-old man, was repairing an electric fence at one of the enclosures when a tiger leapt over, killing him on the spot, police said. 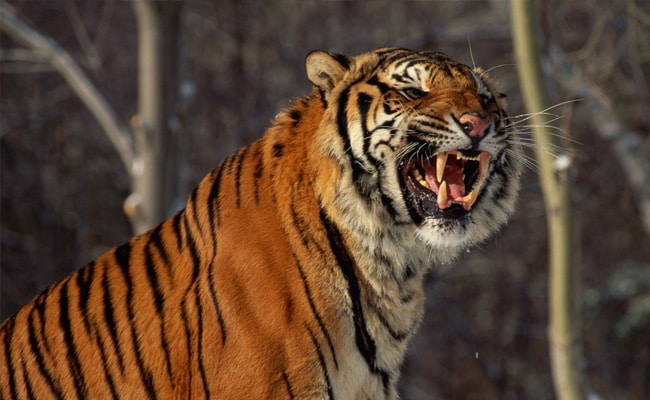 A Siberian tiger leapt over, killing a man on the spot in a South African park. (Representational)

A worker at a game park in South Africa has been killed by a Siberian tiger, which leapt over an electric fence, killing him instantly, police said Thursday.

Police spokeswoman Priscilla Naidu told AFP that a 50-year-old man was repairing an electric fence at one of the enclosures when a tiger leapt over, killing him on the spot.

Police “are investigating,” she said.

The park named the employee as David Solomon, who had been working at the park for 15 years.

He was walking along a passageway between enclosures when he came under attack from the tiger, named Jasper.

“David attempted to climb the fence of another enclosure to get to safety and was pulled off the fence,” it said in a statement.

“It would appear that Jasper broke David’s neck when he pulled him off the fence.”

The tiger then jumped into another enclosure, fought with another tiger and killed it, the park said.

In 2015, an American volunteer in her 20s survived an attack at the park by a two-year-old Siberian tiger.

Tigers are not native to South Africa, but there are around 1,500 in captivity in the country, according to a global animal rights charity, Four Paws.

“They have no legal protection in the country… it subsequently makes it easier for breeders to import, breed or keep tigers in captivity,” Fiona Miles, its Africa director, told AFP.