Pat Toomey said Sikhism traces its origins to the Punjab region of India and has flourished around the world for nearly 600 years. 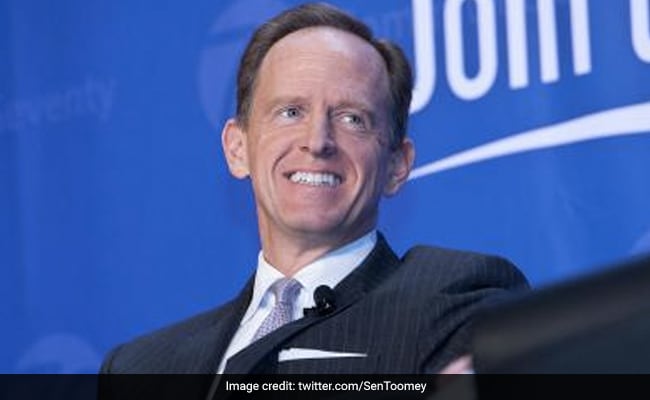 Pat Toomery is a member of the American Sikh Congressional Caucus

Noting that Sikhs share a strong sense of community, family, and selfless service, a senior US Senator has greeted members of community from across the world as two important celebrations are taking place this week: ”vaisakhi” and the 400th birth anniversary of Guru Tegh Bahadur.

“I extend my best wishes to the Sikh community for the joyous celebrations of ”vaisakhi” and the 400th anniversary of the birth of Guru Tegh Bahadur,” Senator Pat Toomey from Pennsylvania said on the Senate floor on Wednesday.

Toomey said Sikhism traces its origins to the Punjab region of India and has flourished around the world for nearly 600 years. He said Sikh tradition is built on ideals of peace, respect, and equality.

Further, Sikhs are dedicated to the principle that every person is created equal before God, no matter their race, gender, religion, or creed.

“Today, the Sikh population in the world stands at 30 million, making it one of the world’s major religions. Nearly 700,000 Sikhs live in the United States, and many of them have made Pennsylvania their home,” Toomey said.

Sikhs share a strong sense of community, family, and selfless service, as evidenced by their commitment to welcoming and serving individuals from all religious, cultural, and ethnic backgrounds, he said.

During the COVID-19 pandemic, Sikh communities across the country, including Pennsylvania, mobilised to deliver meals, groceries, masks, and other supplies to tens of thousands of families in need, he added.

“In my own travels across the Commonwealth, I have witnessed firsthand the spirit of this community when meeting with Sikh constituents. It is clear they have enriched their neighbourhoods and contributed in numerous ways to the growth and vitality of Pennsylvania and the United States,” Toomey said.

“As a proud member of the American Sikh Congressional Caucus, each year, I join many voices across Congress and the United States in commemorating the holiday of ”vaisakhi”, which took place on April 13 this year,” he said.

Vaisakhi marks the spring harvest and serves as a day of reflection of Sikhism”s origins. During Vaisakhi, Sikhs commemorate the founding in 1699 of the Khalsa Panth, an order of devout Sikhs who played a fundamental role in cultivating the religion”s history and identity, he added.

In years past, Sikhs from around the country have organised a parade here in Washington, DC to commemorate ”vaisakhi” as National Sikh Day, he said.

“While the pandemic has prevented such large scale, public celebrations both last year and this year, I look forward to welcoming Pennsylvania”s Sikh community back to D.C. in the years to come,” he said.

“In addition to celebrating ”vaisakhi”, Sikhs will also mark the 400th anniversary of the birth of spiritual leader Guru Tegh Bahadur on April 18. The Ninth Guru of Sikhism, Guru Tegh Bahadur is remembered as a champion of religious liberty for all,” Toomey said.

“In 1675, Guru Teg Bahadur confronted Mughal emperor Aurangzeb against the forced religious conversion of Hindus, an act for which he was publicly beheaded in Delhi. In giving his life to protect a religion that was not his own, he is fondly remembered by Sikhs as ”Dharam Di Chadar”, or Shield of Religions,” said the senator.