The city-state’s Health Sciences Authority extended the use of the vaccine — currently only approved for individuals aged 16 and above — after reviewing clinical data submitted by the manufacturer. 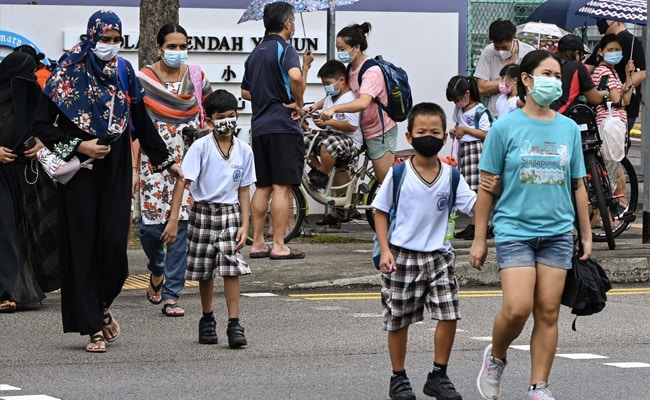 The city-state tightened restrictions in recent weeks after several new clusters were found.

Singapore authorised the use of the Pfizer-BioNTech Covid vaccine to teenagers aged 12 to 15, officials said on Tuesday, in a first for Asia.

The city-state’s Health Sciences Authority extended the use of the vaccine — currently only approved for individuals aged 16 and above — after reviewing clinical data submitted by the manufacturer.

Singaporean authorities “assessed that the Pfizer-BioNTech covid-19 vaccine demonstrated high safety and efficacy for this age group of 12 to 15 years old, which is consistent with what we have observed for the adult population,” Health Minister Ong Ye Kung said at a press conference.

More details on plans to vaccinate those in this group will be provided soon, he added.

Earlier this month Canada became the first country to approve the vaccine for children aged 12 to 15, with the US following shortly after.

The city-state tightened restrictions in recent weeks after several new clusters were found, including one linked to a tuition centre.

Singapore announced Sunday it will close schools, warning that new coronavirus strains such as the one first detected in India were affecting more children.

In the latest round of restrictions, the city-state limited public gatherings to two and banned restaurant dine-ins.

About 1.4 million in the country of 5.7 million have received both vaccine doses, with efforts so far focusing on vulnerable groups, frontline workers, and those above 45.

Starting Wednesday, the time interval between doses will be extended from three to four weeks to six to eight weeks to allow more people to get their first jab, officials said.

Those aged between 40 to 44 will also be invited to get vaccinated.

But by global standards, Singapore’s overall outbreak has been mild — officials have reported more than 61,600 cases so far and 31 deaths since the start of the pandemic.