Police said four more partners of the robbers, who were involved in a heist at a Greater Noida house in 2020, are on the run but will be held soon. 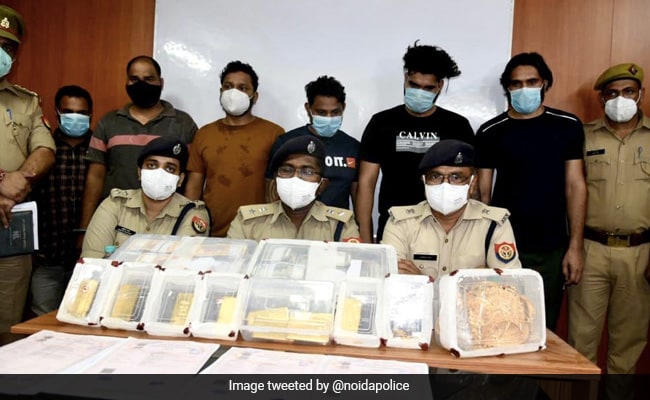 Noida: A total recovery to the tune of Rs 8.25 crore has been made, police said.

In a major catch, Noida Police on Friday arrested six people and recovered over 13 kilograms of gold worth Rs 6.55 crore that was allegedly robbed by them from a house, officials said.

Four more of their partners, who were involved in a heist at a Greater Noida house in September 2020, are on the run but will be held soon, Deputy Commissioner of Police (Noida) Rajesh S said.

“Rs 57 lakh cash, 13.09 kg of gold worth Rs 6.55 crore, a Mahindra Scorpio car, and registry papers of a land property valued at Rs 1.10 crore were seized from them. A total recovery to the tune of Rs 8.25 crore has been made,” the officer told media in a press conference in the evening.

An FIR has been lodged at the Sector 39 police station. The accused have been booked under Indian Penal Code section 414 (voluntarily concealing property knowing it could be stolen), the police said.

DCP Rajesh said the accused had looted from the Greater Noida house 40 biscuits of gold whose value runs into crores of rupees and were living in Noida with some of the stolen property.

Police had got a tip-off about some of the accused living in Noida as suspicious people after which they were questioned and arrested, the official said.

“During questioning, the accused told police about the owner of the Greater Noida house and the police are now also looking into the reasons why the owners had stored so much gold in their house,” he said.

The owners, a father-son duo, are currently not in India, DCP Rajesh said, adding police are gathering more details in the case and will inform central agencies like the Income Tax department and the Enforcement Directorate also.