“You are why #everydayphenomenal,” wrote Anand Ahuja 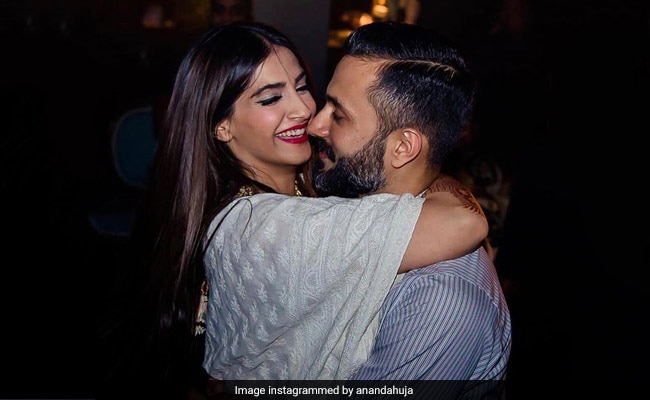 Sonam Kapoor, who celebrated her 36th birthday on Wednesday, received a whole lot of love from her family, friends and fans. However, her husband Anand Ahuja shared an extra special post even a day after her birthday. He shared a throwback picture on his Instagram profile on Thursday. The picture happens to be from the couple’s wedding reception and the two can be seen smiling with all their hearts. “You can literally feel the thoughts, pains, and discomforts of others. You are genuinely and effortlessly selfless – empathy personified – and it is a daily occurrence. Happy birthday Sonam Kapoor , you are why #everydayphenomenal,” wrote Anand Ahuja.

Anand Ahuja began the day by sharing selfies in a special Instagram filter for Sonam’s birthday. He then shared his phone’s wallpaper and wrote a mushy caption that read: “You know how much you love wallpapers – well you’re the only wallpaper I need! Happy Birthday my forever wallpaper.” Sonam Kapoor replied: “Hahahahaha, love you so much.”

Sonam Kapoor married Anand Ahuja in May 2018 in Mumbai after dating for several years. Anand Ahuja runs the fashion label Bhane and the sneaker boutique VegNonVeg. The couple are currently staying in London.

Sonam Kapoor was last seen in the 2019 film The Zoya Factor, co-starring Dulquer Salmaan and Angad Bedi. Sonam also stared in Ek Ladki Ko Dekha Toh Aisa Laga, alongside Anil Kapoor, Rajkummar Rao and Juhi Chawla. The actress will next be seen in the Shome Makhija’s film Blind. She also had a cameo in Netflix’s thriller AK vs AK, starring Anil Kapoor and Anurag Kashyap.