Conditions are equally deplorable, if not worse, in Delhi’s smaller medical facilities where oxygen shortage has wreaked havoc. 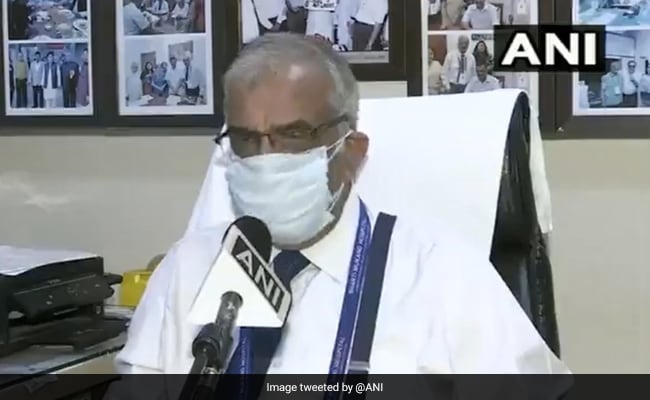 Some of the biggest hospitals in Delhi have over the past few days suffered the worst of the mayhem caused by the second wave of COVID-19. Conditions are equally deplorable, if not worse, in the smaller medical facilities of the National Capital Territory where the oxygen shortage crisis has turned nighmarish. So much so that one distraught senior doctor today broke down on camera while talking about his patients’ precarious situation and having to discharge many of them out of turn.

“We as doctors, as a hospital, we are supposed to give them life. If we cannot give them even oxygen…what is the situation…patient will die…” Dr Sunil Saggar, CEO of Shanti Mukand Hospital in New Delhi, told ANI.

“…We’re hardly left with any oxygen. Whatever cylinders are there, we are trying to put them on ICU beds,” he said.

#WATCH | Sunil Saggar, CEO, Shanti Mukand Hospital, Delhi breaks down as he speaks about Oxygen crisis at hospital. Says “…We’re hardly left with any oxygen. We’ve requested doctors to discharge patients, whoever can be discharged…It (Oxygen) may last for 2 hrs or something.” pic.twitter.com/U7IDvW4tMG

He said the stocks left with the hospital may last two hours at the most and there were some 110 patients on oxygen. This includes those being for admitted cancer and cardiac problems, apart from the COVID-19 cases.

“We’ve requested doctors to discharge whoever can be discharged,” Dr Saggar said. The Hospital alleges that its regular supplier, INOX, had stopped responding to calls.

At Rohini’s Saroj Super Speciality Hospital, 51-year-old Ashish Goyal pleaded with folded hands for oxygen supply to his father who is on a ventilator. The hospital has informed him that it had only 15 minutes of supply left.

Ambulances of Lakshmichandra Hospital in neighbouring Ghaziabad are now transporting oxygen refills instead of patients. Up to 118 covid patients are waiting there desperately and there is only an hour’s supply left.

An upset Mukesh Goyal, Managing Director of Chandralaxmi Hospital in the same district of Uttar Pradesh, pleaded with folded hands saying, “I don’t have oxygen, I don’t have medicine. I can’t admit you”

He has written to the district administration appealing them to take over the hospital.

Meanwhile, the Delhi High Court has given stringent directions to the Central government to ensure a smooth supply of oxygen to hospitals in the national capital.

Union Health Minister Dr harsh Vardhan has said that the Centre had increased the oxygen quota for seven States and Union Territories to meet the exponential spike in demand in recent weeks. The Centre has told the court that it will be taking the responsibility of providing 480 tonnes of oxygen to Delhi but left the responsibility of transportation and supply to the Delhi government.