Chief Minister Jagan Mohan Reddy had claimed that Justice Ramana was working against the elected government in Andhra Pradesh and in favour of the opposition Telugu Desam Party of Chandrababu Naidu. 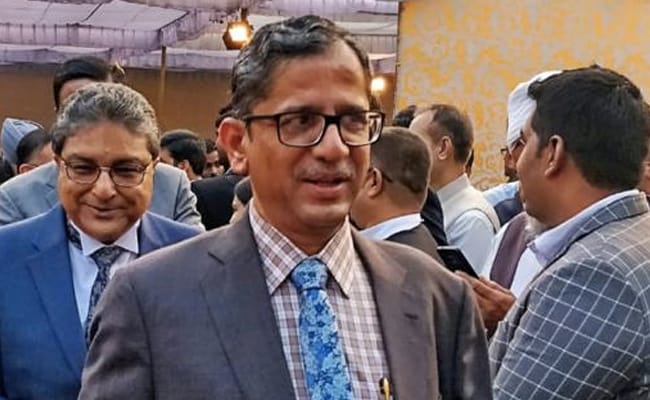 The Andhra Pradesh government’s complaint against Justice NV Ramana was dealt with according to the “in-house procedure” and stands dismissed, the Supreme Court said today, indicating that the matter was investigated internally by judges. Justice Ramana — the most senior judge in the Supreme Court after the Chief Justice of India — was named by Justice SA Bobde as his successor this week. Justice Bobde retires on April 23.

In a short statement, the Supreme Court today said: “A complaint dated 6th October 2020 sent by the Chief Minister of Andhra Pradesh to the Supreme Court was dealt with under the In-House Procedure and the same, on due consideration, stands dismissed.”

The court also added that, “It be noted that all matters dealt with under the In-House Procedure being strictly confidential in nature, are not liable to be made public”.

In his letter, which became public later, Chief Minister Jagan Mohan Reddy had claimed that Justice Ramana was working against the elected government in Andhra Pradesh and in favour of the opposition Telugu Desam Party of Chandrababu Naidu.

As evidence, he had cited the judge’s order to expedite pending prosecution against legislators from the ruling YSR Congress.

The judge, Mr Reddy also alleged, was colluding with High Court judges and they were acting at his behest.

A number of petitions were filed in the top court later, demanding the Chief Minister’s removal in view of his allegations against a sitting Supreme Court judge.

But the court had dismissed demand, along with the call for investigation, saying, “What is the inquiry to be made when the letter has already been in the public domain? The problem is when you read something in a newspaper and file a petition with all kinds of prayers”.