Sushmita Sen wrote, “I am every woman”…From the intensity of Aarya to the lightness of being Sush…!” 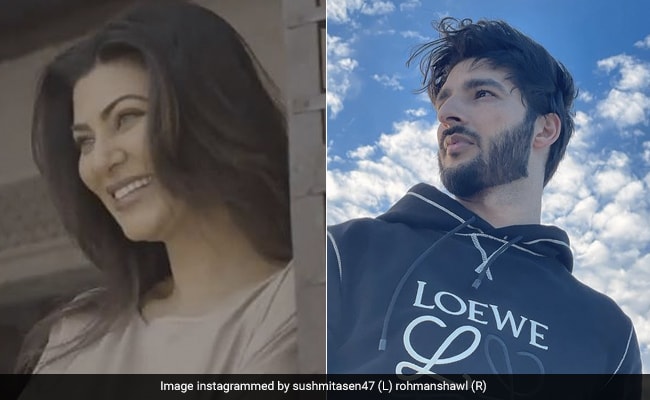 And the award for the best boyfriend goes to Rohman Shawl. You ask, why? Well, stay with us as we walk you through it. Sushmita Sen‘s intense portrayal of Aarya Sareen may have floored her fans but for Rohman, it’s the “lightness of Sush” that rules his heart. In her latest Instagram upload, the former Miss Universe referred to her digital debut Aarya and captioned the pic, “”I am every woman”. From the intensity of Aarya to the lightness of being Sush! I love you guys.” The post attracted an instant reaction from Rohman, who wrote, “Aarya, I like. Sush, I love.” He added a couple of love-filled emoticons to the comment. Isn’t it cute?

Sushmita made her digital debut with the series Aarya, last year. It streams on Disney+ Hotstar. She plays the role of a woman whose husband gets killed. Aarya then steps into the family’s business and finds a way out to elope with her children.

The shooting for the second season began last month. Sushmita expressed her excitement about being on the sets through a post. “Life is much greater than just the sum of all our problems. Knowing this makes me smile, gives me courage and fills me with the audacity to look beyond the inevitable losses and embrace the unimaginable abundance!!! Aarya playing with her son Aadi…Knowing life is greater,” read the caption.

A while back, the actress allowed us to take a look at the “fierce Aarya”. In the upload, Sushmita is seen wearing a signature beige colour dress. With minimal makeup and a dash of lavender lip colour, she looked gorgeous. As a caption, Sushmita wrote, “Keep all your battles outside these gates, for if you try to bring them in…it’s WAR.”

Sushmita bagged the Filmfare Award for Best Actor in a Drama Series (Female) for her role in Aarya.

No Need To Panic, India Has “Enough Oxygen Stock”: Centre

On 46 Years Of Chupke Chupke, Amitabh Bachchan Reveals How Jalsa...