The Talibani figure was referred to as a commander of the Haqqani branch of the Taliban on social media, claimed Afghanistan’s local media, Khaama Press. 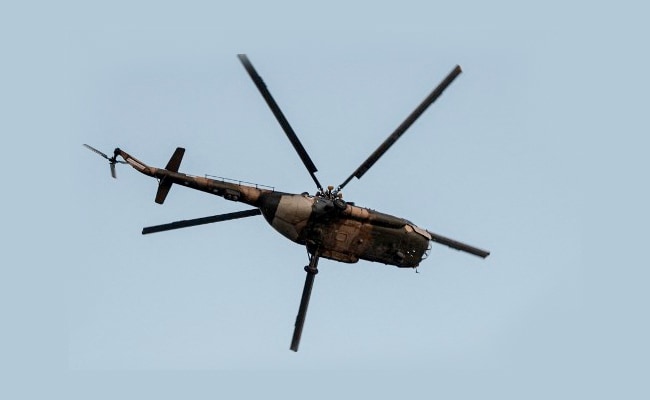 Several on Twitter said that it is a blatant misuse of public property. (Representational)

A Taliban commander allegedly used a military helicopter to take his newlywed bride home. He flew his bride from Logar to Khost province, in eastern Afghanistan, using the chopper, as per media reports.

The Talibani figure was referred to as a commander of the Haqqani branch of the Taliban on social media, claimed Afghanistan’s local media, Khaama Press.

In a video that went viral on social media, the commander is seen landing near the bride’s house.The commander allegedly gave his father-in-law 1,200,000 Afghanis as dowry in exchange for his daughter’s hand in marriage, as per the media portal.

Sources close to ANI claimed that he resides in Khost and that his wife’s home was in the Barki Barak district of Logar.

The incident happened on Saturday, in the Shah Mazar region of the Barki Barak district of Logar province, the sources said.

However, defending the commander, Taliban’s deputy spokesperson, Qari Yusuf Ahmadi, argued that the allegations are false. He further termed the commentary on the commander as a “propaganda of the enemy”. He added that the Islamic Emirate of Afghanistan dismisses the allegation of a military helicopter being used by the Talibani commander.

People on social media registered their protest over the viral video. They condemned the action and said that it is a blatant misuse of public property.

Taliban is infamous for its crackdown on women’s rights. The list of Taliban violations of the rights of women and girls is long and growing, said Heather Barr, Women’s Rights Division at Human Rights Watch (HRW), as she raised growing concerns about the violation of the rights in the country.

When the Taliban announced in May that women and girls should not leave their homes unless necessary and should do so only with their whole bodies including their faces covered, only a few were surprised.

“Some diplomats and other Afghanistan watchers who listened to Taliban leaders promise during negotiations and at their news conference two days after seizing the capital that they would respect all women’s rights this time, including their freedom of movement and access to employment and education,” Barr said.

Since the Taliban takeover, there have been many statements condemning their abuses from international and regional organizations and countries.

The Average Age Of A Startup Founder Is Not 20-Something. It’s…