The policies of the Taliban have been heavily criticised by global bodies, who have highlighted the economic loss to the country. 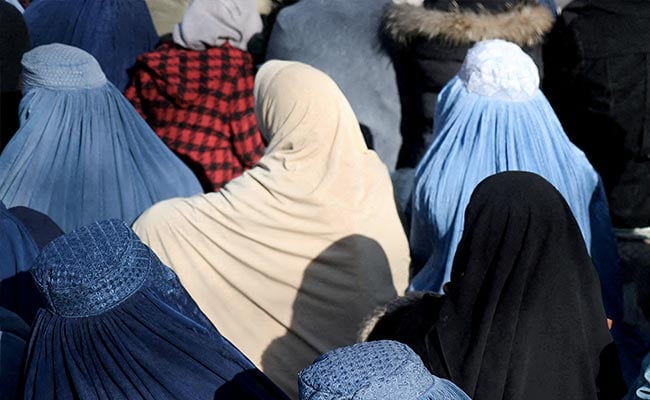 Since August last year, the Taliban have rolled back several rights of women. (Representative Photo)

The Taliban have asked the women employees in Afghanistan to send a male relative to do their job, according to a report in The Guardian. One of the employees the outlet spoke to said she received calls from Taliban officials requesting a male employee in her place. She was quoted as saying that Taliban officials told her “workload in the office has increased and they need to hire a man instead of us”. The Taliban took control of Afghanistan in August last year and since then has issued several decrees rolling back the rights of women.

“Since they came [to power], the Taliban have demoted me, and reduced my salary from 60,000 Afghanis [575 pounds] to AFN12,000. I cannot even afford my son’s school fees. When I questioned this, an official rudely told me to get out of his office and said that my demotion was not negotiable,” one of the employees of the Finance Department told the outlet.

The woman said that she received the call from the ministry’s human resources department asking her to recommend a replacement for a post she worked her way up for 15 years.

She holds a master’s degree in business management and is the head of a department in the ministry.

The policies of the Taliban have been heavily criticised by global bodies, who have highlighted the economic loss to the country.

“Current restrictions on women’s employment have been estimated to result in an immediate economic loss of up to $1bn – or up to 5% of Afghanistan’s GDP,” Sima Bahous, executive director of UN Women, had said in a statement in May.

“There is almost universal poverty in the country. An entire generation is threatened by food insecurity and malnutrition,” the statement further said.