Tamil Nadu Assembly Election: Thulam Saravanan, who lives with his poor elderly parents, says he borrowed money for interest to pay the Rs 20,000 deposit to file his nomination papers. 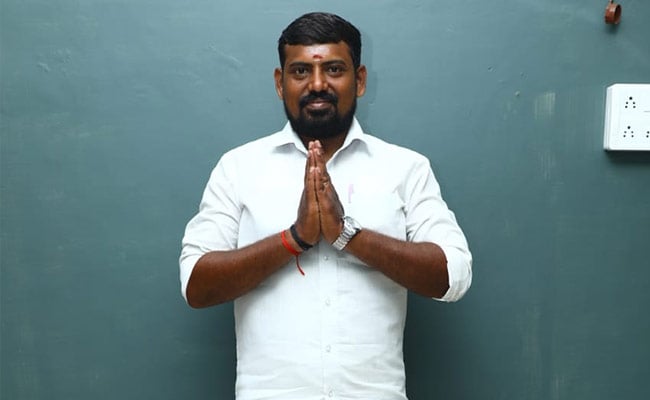 A mini-helicopter and an annual deposit of Rs one crore for every home, gold jewellery for weddings, a three-storey house – a candidate in Tamil Nadu has promised the moon to voters. A trip to the moon is also on Thulam Saravanan’s list of promises.

Thulam Saravanan is an independent candidate contesting the April 6 Tamil Nadu election from the Madurai South constituency. His manifesto and its outlandish promises have certainly grabbed attention in the constituency where there are 13 more candidates.

“My aim is to raise awareness against people falling for freebies by political parties. I want them to choose good candidates who are ordinary humble people,” the 33-year-old journalist-turned-candidate told NDTV.

In other words, to highlight tall promises by netas, he is making them. His poll symbol is also a dustbin. The message – if you want to fall for promises that can never be met, you might as well throw your votes in a dustbin.

He also promises a robot to reduce the workload of housewives, a boat for every family along with channels for boat rides, a 300-foot high artificial snow mountain to keep his constituency cool, a space research centre and a rocket launch pad.

Saravanan, who lives with his poor elderly parents and yet to marry, says he borrowed money for interest to pay the Rs 20,000 deposit to file his nomination papers.

He slams political parties for “turning politics into a money spinner” and ignoring people’s welfare. “While in power they don’t work to provide jobs, to nurture agriculture or even ensure clean air or interlink rivers. Only during election time they try to lure people by throwing money at them and not letting them decide properly. They have polluted politics and have turned it to be the preserve of the rich”.

With so much at stake, political parties in Tamil Nadu have taken populism to a new high even though the state is in a five lakh-crore debt.

It’s main rival DMK, out of power for 10 years, promises to cut petrol price by Rs five a litre, and diesel by Rs 4 a litre, free tab with internet besides a waiver of student loans.

Kamal Haasan’s MNM first mooted the idea of a salary for housewives. The fledgling party promises Rs 3,000 every month, free computers with internet in all homes as a public resource to access government schemes, good governance and fifty lakh jobs.

In the past, the Dravidian arch rivals have given out free colour TVs, laptops and mixer grinders too while competing for votes.

Sarvanan says he has no money for his campaign and has sought help from his friends and relatives to take his message around. However, he added: “But my whatsapp message has gone viral and people are thinking about my tall promises and the thought behind it. That is my victory though I may not win.”