The police have said Asif Hussain was attacked by some of people from his own village and that they had a long-running tiff. 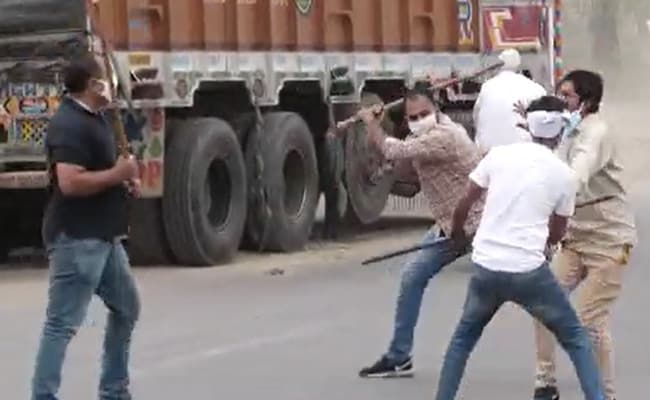 Mobs blocked roads over the incident and the police used force to disperse them at some places.

Tension has reigned in Haryana’s Nuh district since yesterday after a 27-year-old gym instructor’s body was found hours after his kidnapping by people mostly from his own village. The police had to baton charge angry mobs and fire in the air to disperse them at a few places where they protested the killing. Many of those who attended the victim’s funeral today, too, pelted stones at the police.

Asif Hussain, a resident of Kheda Khalilpur in Nuh, was kidnapped yesterday while he was out with two cousins getting some medicines. They were first waylaid by a dozen people and beaten up. Mr Hussain was then taken away, leaving his battered cousins behind at the scene of abduction.

The complainants alleged that their attackers shot Hussain and also used other weapons on him. His body was found only later.

Nuh Superintendent of Police Narendra Singh said there was no “Hindu-Muslim angle” to the incident. The two groups allegedly had a tiff going which was often resolved by senior members of the village till then, he said. The key accused belong to Mr Hussain’s village, Kheda Khalilpur, some of whom have been arrested while the rest are on the run, the police said.

“Both the groups face cases under sections of the Arms Act and for assault. Six accused have been arrested. An SIT has been constituted which is probing the case,” Mr Singh said.

A post-mortem was conducted on Mr Hussain’s body today. The police later arrested 10 persons who allegedly pelted stones at the police during the funeral.

In the meantime, mobs blocked the Kundali – Manesar – Palwal Expressway late last night over the killing. The police had to baton charge angry protesters and even fire in the air disperse them at another spot. Many a vehicle’s windshield was shattered in the stone pelting.

SP Singh appealed to the protesters to be patient, saying the police was with the victim’s family. All efforts will be made to conduct the trial in a fast-track court.

These Sites Can Help You Find a Slot for COVID-19 Vaccination...