Tesla has come under scrutiny for the way it markets Autopilot, which is a driver-assistance feature. 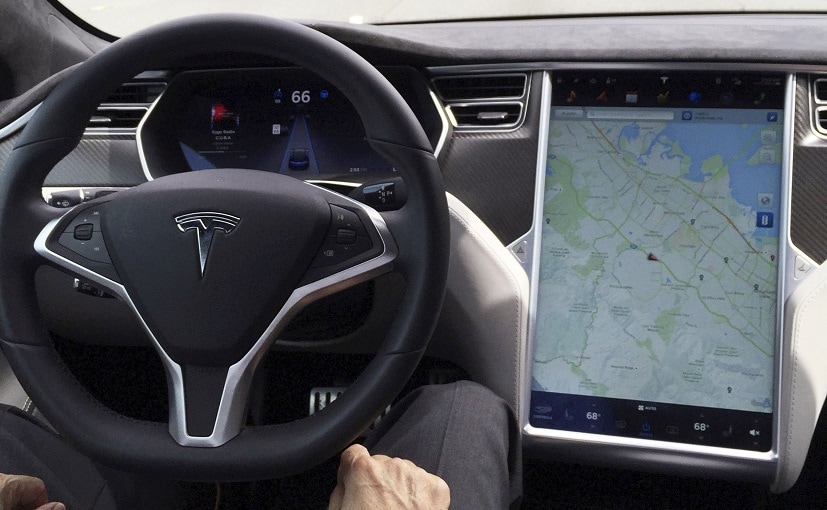 Consumer Reports engineers said they “easily tricked” a Tesla Inc. vehicle to drive via its Autopilot.


Consumer Reports engineers said they “easily tricked” a Tesla Inc. vehicle to drive via its Autopilot feature without anyone in the driver’s seat, just days after a fatal crash in Texas where police said they found no one behind the steering wheel of a Tesla car.

In a test conducted this week, test drivers took several trips on a closed half-mile track in a Tesla Model Y sport utility vehicle, the nonprofit research organization said in a statement Thursday. The vehicle — with Autopilot technology engaged — was able to steer itself along painted lines but at no time displayed a warning that the driver’s seat was empty. The engineer who conducted the test placed a small weighted chain on the steering wheel to simulate the weight of a driver’s hand.

“In our evaluation, the system not only failed to make sure the driver was paying attention, but it also couldn’t tell if there was a driver there at all,” said Jake Fisher, Consumer Reports’ senior director of auto testing. Fisher was able to reach over from the passenger seat and accelerate the car using a dial on the steering wheel.

Tesla, which reports earnings April 26, didn’t respond to a request for comment. The company has come under scrutiny for the way it markets Autopilot, which is a driver-assistance feature. Tesla has rolled out a feature it calls FSD, or Full Self Driving, to early customers who are “beta testing” the technology in advance of a wider release.

Two Houston-area men were killed April 17 after a Tesla Model S sedan crashed and erupted into flames. Many details remain unresolved, including whether Autopilot was being used when the vehicle traveled a short distance before hitting a tree. The authorities said that one man was found in the front passenger seat and a second in one of the rear seats — with no sign anyone was behind the wheel.

“Data logs recovered so far show Autopilot was not enabled & this car did not purchase FSD,” Musk tweeted, referring to the company’s trial Full Self Driving software. “Moreover, standard Autopilot would require lane lines to turn on, which this street did not have.”

Two federal agencies — the U.S. National Transportation Safety Board and the National Highway Traffic Safety Administration — are investigating the incident. Local authorities were also seeking warrants to inspect the car.

In a statement, NHTSA said “the information presented in CR is concerning, and we’ll take action if we find it poses an unreasonable risk to safety.” The agency said that all state laws hold the human driver responsible for vehicle operation.

“The most recent Tesla crash is the latest in a rash of accidents — the 28th — that NHTSA is investigating involving a Tesla car,” the senators wrote. “We fear safety concerns involving these vehicles are becoming a pattern, which is incredibly worrisome and deserves your undivided attention.”