The actress was seen alongside co-stars of her upcoming film ‘RRR’, including Ram Charan, Jr NTR and Ajay Devgn, as well as director SS Rajamouli in the video. 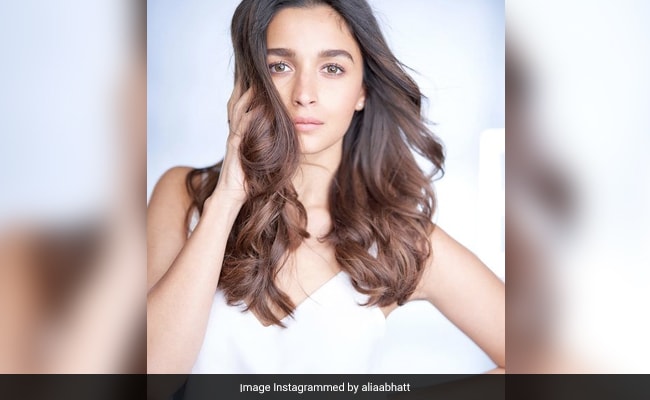 After conquering the hearts of Bollywood movie lovers, actress Alia Bhatt is now creating a strong fan base for herself down south. And she set off on the right track by impressing her fans in the Telugu states of Andhra Pradesh and Telangana by speaking the language fluently in a recent video. In the clip that was uploaded on social media, director SS Rajamouli appeared along with the lead actors of his upcoming film ‘RRR’, including Alia, Ram Charan, Jr NTR and Ajay Devgn to spread awareness about the COVID-19 pandemic. The video, where the actors ask viewers to stay at home, wear a mask, practise social distancing and get vaccinated was shot in the four primary south Indian languages, and Hindi.

Rajamouli shared the video on Twitter and wrote: “Wear a mask and get vaccinated when available! Let’s #StandTogether to stop the spread and save the country from #COVID19.”

If you thought Alia opted for the comfortable pick of Hindi, you are wrong. The ‘Raazi’ actress recorded her portion of the video in Telugu and left fans impressed with her diction. In fact, many fans on Twitter were left utterly shocked by how good Alia’s Telugu was.

Impressed with her fluency, one fan asked her to visit Hyderabad soon. The comment read, “Alia is speaking Telugu very well already. Please come to Hyderabad for Brahmastra or RRR promotions.”

“Wow, didn’t expect Alia’s telugu to be damn near perfect. Nailed it,” wrote another user.

Wowww didn’t expect Alia’s telugu to be damn near perfect. Nailed it https://t.co/GaSIyFERhf

One viewer said that Alia speaking such fluent Telugu, while “surprising”, was “cool”.

@aliaa08 speaking such fluent Telugu is so cool and surprising ?

Many even said that she had done a better job than those who had been working in the Telugu film industry for years.

One user suggested that Alia even dub for her role in ‘RRR’.

Take a look at some of the other reactions.

How did Alia learn Telugu within a short span of time,whats the technique behind it,plz somebody guide me..

respect to Alia Bhat, got her pronunciation spot on. She would have put a lot of work into it..

While Ajay stuck to Hindi in the video, Ram Charan who spoke in Tamil, Jr NTR who spoke in Kannada and Rajamouli who handled Malayalam deftly, were all complimented for their delivery.

You can watch the video here:

Wear a mask and get vaccinated when available!
Let’s #StandTogether to stop the spread and save the country from #COVID19.

‘RRR’, meanwhile, is expected to release in October 2021. The film with the stellar ensemble cast is set in the 1920s and will be based on the lives of legendary south Indian revolutionaries, Alluri Sitarama Raju and Komaram Bheem.

Sensex, Nifty Set To Open Lower; TCS In Focus Ahead Of...