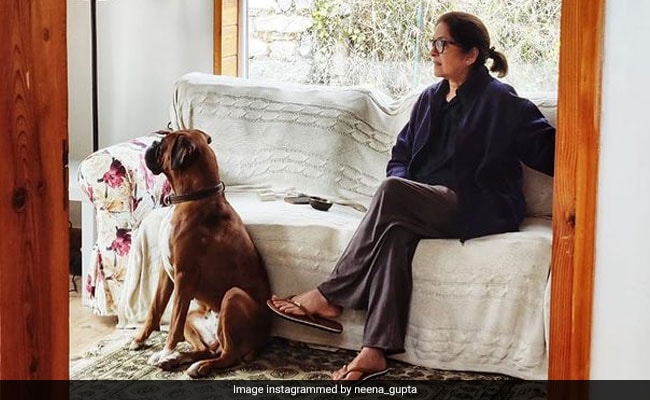 Neena Gupta, who is currently staying at her home in the hills, frequently shares posts from her life in Mukteshwar, Uttarakhand. In one of her previous posts, the veteran actress said, “As soon as the lockdown was announced in Mumbai, I immediately came away to my home in Mukteshwar.” The actress, on Sunday morning, shared a picture of what her morning view was like. She posted a picture on her Instagram stories and she wrote in her caption: “Good morning.” The picture gives her Instafam a glimpse of the stunning interiors of her Mukteshwar home and the view outside (which is slightly hazy in the picture but never mind).

Neena Gupta, who was joined by her daughter and designer Masaba Gupta in Mukteshwar, frequently shares pictures together. Dressed in Masaba’s new collection in this picture, Neena Gupta captioned this post: “Looking up and praying on maa diwas beti ke sang.”