The Economic Times of Thursday April 22 gives figures of the rise of the second wave of Covid in India. According to it, daily cases were below 10,000 on January 25. February saw the first uptick but this was ignored by everyone. In fact, the BJP, in a meeting of its office-bearers held on February 21, showered fulsome praise on Prime Minister Modi for conquering Covid. The resolution said “The party unequivocally hails its leadership for introducing India to the world as a proud and victorious nation in the fight against COVID-19”. But Covid was not impressed, and by March 10, daily new cases hit 20,000; by March 24, the figure had risen to 50,000; by April 4 to 100,000; by April 14 to 200,000; and by April 21, it hit the 300,000 mark.

The country is facing a health emergency the like of which we have never seen before. The government of India is helpless, unable to put together the strategy needed to deal with the uncontrolled spread of the pandemic. People like me, who are hardly in a position to help, are receiving calls from friends and acquaintances to help secure admission in hospitals, get a bed, oxygen cylinder, medicines and the attention of doctors and nurses. Cremation and burial grounds are overcrowded with the dead who are being denied dignity even in death. It appears as if nothing is working and the whole system has collapsed. The Delhi High Court has castigated the government of India in the severest terms for this mismanagement and has said citizens’ fundamental right to life, guaranteed by the constitution, stands seriously compromised. 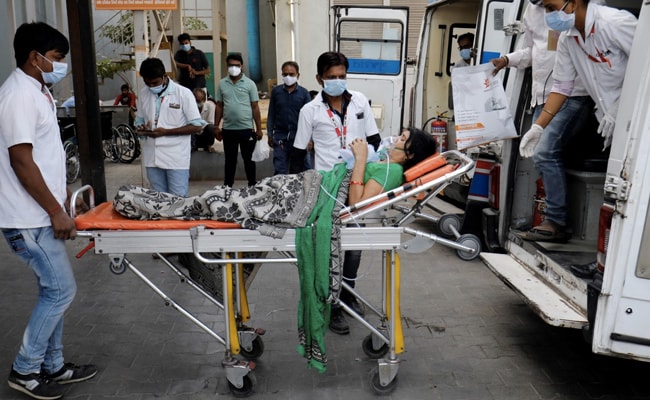 India today logged over 3.32 lakh new Covid cases, the highest-ever daily count recorded in the world, and 2,263 deaths since yesterday

The government of India was forewarned. It had enough time to make arrangements to tackle the situation. It had the example of other countries before it, specially of Brazil, but for the two most important leaders of the government and the ruling party, namely the Prime Minister and the Home Minister, winning the West Bengal election was a matter of life and death, not the fast-spreading pandemic. So they kept travelling to West Bengal like daily passengers, addressing massive rallies, gloating over the large crowds, challenging ‘Didi, Oh Didi’ like a street urchin would have done, ignoring the writing on the wall. It was a criminal act of utter negligence by leadership which believes that it can get away with anything because public memory is short, and Modi is still hugely popular without even a semblance of challenge. So, we are where we are.

The most worrisome thing at present is that nobody in the government takes any responsibility for anything. But it does not stop there. With the help of the ‘Godi Media’, the blame is easily transferred to someone else. The ‘daily durbar’ which the TV channels hold every evening is I am told fully controlled by the government. It is the government which suggests which topic should be taken up for discussion, which persons should be invited to participate, and what should be the conclusion of the debate. The anchors who pretend to rule the roost are actually little mice scurrying hither and thither on the orders of the government. And the number of such anchors is increasing because they also must survive. Those who refused to toe the line have been shown the door. They include some of the famous names of yesteryears. We have meekly accepted the situation because most of us are scared of CBI, income tax raids, ED, NIA etc. The government knows we are alone and helpless and is enjoying the situation. 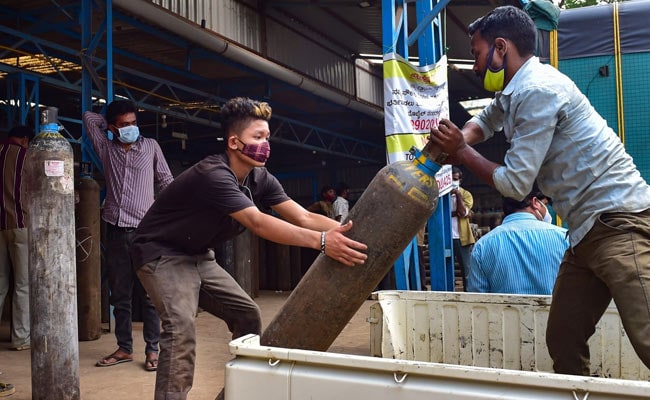 Several hospitals have, over the past three days, flagged a crisis of oxygen supply, beds and medicines amid rising Covid cases

On earlier occasions, the courts did not cover themselves with glory when it came to pointing out the mistakes of the government. But this time, they are showing some strength; if they do not, they will lose whatever dignity they have left. The non-‘Godi Media’ is doing a good job and pointing out flaws and weaknesses. But there is still a tendency to shift the blame to someone else – because how can Modi be blamed for anything at all? He is infallible.

The parliament has been shown its place by the government. Forget special sessions to discuss an important issue, even normal sessions are not called in time, and the length of the session is curtailed at will. The Opposition is vastly reduced in strength and is often overwhelmed by the sheer numbers by the ruling hordes. Parliament has thus ceased to be the watchdog of parliamentary democracy in our country, barring a few exceptional occasions. So, what should the people do? Ram Manohar Lohia famously said that people who are alive do not wait for five years (Zinda kaume paanch saal intezar nahi karti). Shall we all die silently without protest or rise in revolt against an insensitive government?

There is no match to Modi-Shah when it comes to politics. They have perfected the art of winning elections. But governance is not their cup of tea. The duo has failed miserably on this front. And this time, the failure is not ordinary, it is monumental, it is criminal. The government could not even anticipate the shortage of oxygen and people are dying because there is no oxygen in the hospitals. Instead of making their daily trips to West Bengal, should the Modi-Shah duo not have bothered about the spreading pandemic? Shall those who have lost their near and dear ones because of shortage of oxygen, and all of us, ever forgive the government for this criminal negligence of their duty under the constitution?

Yashwant Sinha, former BJP leader, was Minister of Finance (1998-2002) and Minister of External Affairs (2002-2004). He is currently vice-president, Trinamool Congress.