Amid the dry run of anti-Covid vaccines earlier this year, Akhilesh Yadav had dubbed them “BJP vaccine” vowing not to inoculated by them and had attracted huge criticism. 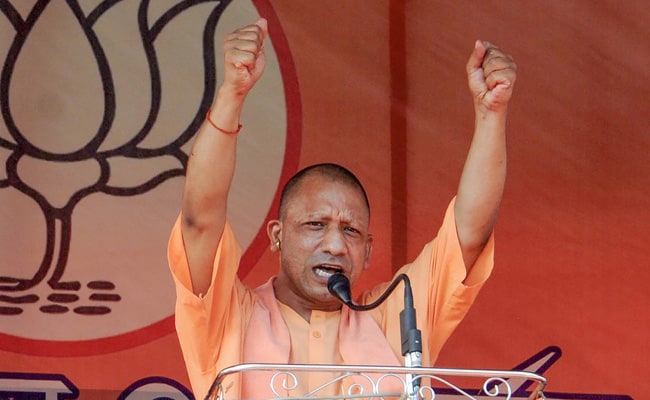 UP Chief Minister Yogi Adityanath said recovery rate has increased to over 92 per cent in UP. (File)

Uttar Pradesh Chief Minister Yogi Adityanath on Saturday accused the opposition of practising duplicity over the anti-Covid vaccination, saying those opposing the vaccines earlier are now rushing to get them free of cost.

Amid the dry run of anti-Covid vaccines earlier this year, Mr Yadav had dubbed them “BJP vaccine” vowing not to inoculated by them and had attracted huge criticism.

A Congress spokesperson, Salman Niazi, too had dubbed the vaccine as “fraud” while another Congress leader, Rashid Alvi, had spoken to a TV channel in support of Mr Yadav.

“Those who were opposing the vaccine earlier, are now getting it administered. They are asking for it for free. This shows their dual character. People have now come in support of the vaccine as it is a safeguard. I urge everyone to get vaccinated,” Yogi Adityanath said on Saturday.

The chief minister was in Saifai to take stock of health facilities at an anti-Covid hospital, the state government said in a statement on Saturday.

This was Yogi Adityanath’s first visit to Saifai, the statement said.

The chief minister also sought to assure people that his government will vaccinate the parents of children below 10 years of age before the possible third Covid wave as this will reduce the risk to children.

Yogi Adityanath first reached the Institute of Medical Sciences, where he met the Covid-infected patients and inspected the newly-built 1,000-litre oxygen plant for an uninterrupted supply of the gas.
Later, he held a meeting with officials.

Chief Minister Yogi Adityanath also made a surprise visit to Giza village, where he enquired about the well-being of people.

He said the anti-Covid vaccination of judicial officers, staffers and their families is underway at the Allahabad High Court and its Lucknow bench. The government has started the vaccination of journalists and media personnel in Noida and Lucknow too.

“The next step is to make separate centres for judicial officers and media personnel in all districts across the state,” Yogi Adityanath said.

Yogi Adityanath informed that the recovery rate has increased to over 92 per cent in UP.

With the stringent testing mechanism, the cases have declined in the state.

Speaking about the vaccination programme, the UP Chief Minister said the state has so far administered as many as 1.62 crore doses of the Covid vaccine.

Etawah district has been provided with 1.20 lakh doses of vaccine, he said.

In an attempt to save lives and livelihood during the partial-corona curfew, the Chief Minister said that community kitchen has been started in Etawah for providing two meals a day to every needy person.

“Patients in government hospitals or hospitals that which have been taken over by the government are being given free treatment and food,” said the Chief Minister.