“Together, we have achieved the goals that we set out to achieve and now it is time to bring our forces home,” US Secretary of State Antony Blinken said in Brussels ahead of talks with NATO partners. 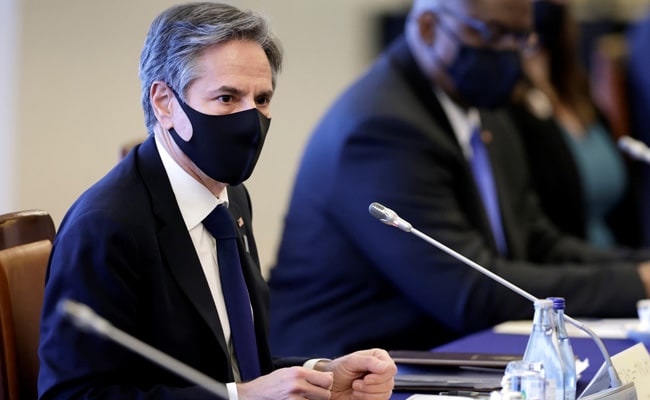 “This is an important moment, for our alliance,” Blinken said. (File)

US Secretary of State Antony Blinken said on Wednesday the moment has come to withdraw troops from Afghanistan and that Washington would work with NATO allies on a “coordinated” pull-out.

“Together, we have achieved the goals that we set out to achieve and now it is time to bring our forces home,” Blinken said in Brussels ahead of talks with NATO partners.

US President Joe Biden is to announce formally later Wednesday that Washington will withdraw its remaining 2,500 troops from Afghanistan by September 11 — 20 years after the attacks in the America that sparked its longest war.

NATO partners meeting in Brussels, some physically but most virtually, look set to agree to wrap up the alliance’s 9,600-strong mission in Afghanistan at the same time as the group’s major military power leaves.

“This is an important moment, for our alliance,” Blinken said.

“Together, we went into Afghanistan, to deal with those who attacked us and to make sure that Afghanistan would not again become a haven for terrorists who might attack any of us.”

Blinken said the allies “will work very closely together in the weeks and months ahead on a safe, deliberate and coordinated withdrawal of our forces from Afghanistan.”

He insisted that, despite the pull-out, “our commitment to Afghanistan, to its future, will remain”.

The draw down delays only by around five months an agreement with the Taliban by former US president Donald Trump to withdraw troops, amid a growing consensus in Washington that little more can be achieved.

The decision came as Turkey announced an international peace conference on Afghanistan in hopes of reaching an agreement that brings stability to a nation battered by nearly 40 years of war.

But the Taliban, newly emboldened, said they would boycott the conference.