Toolkit row: Rajiv Gowda and Rohan Gupta, who filed a complaint against Sambit Patra accusing him of sharing a faked “Congress toolkit”, have been asked by the police to join the investigation and record their statements. 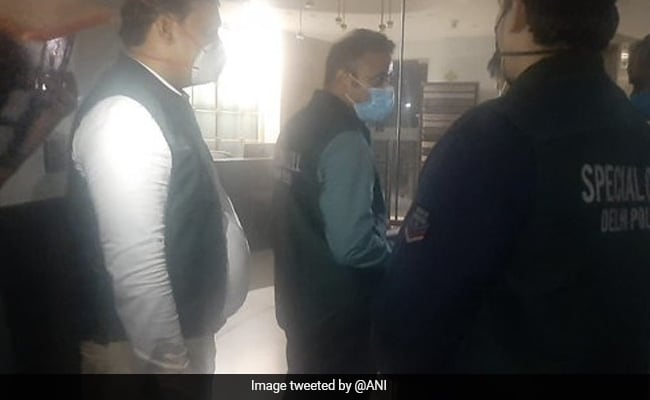 In escalating action in the “Congress toolkit” controversy, two Congress leaders who complained against BJP spokesperson Sambit Patra’s “toolkit” tweet have been served notice by the Delhi Police. Yesterday, the police served notice to Twitter asking it to explain why it marked Sambit Patra’s post as “manipulated media” and then followed it up with a visit to the company’s offices.

Rajiv Gowda and Rohan Gupta, who filed a complaint against Sambit Patra accusing him of sharing a faked “Congress toolkit”, have been asked by the police to join the investigation and record their statements.

“We have told the Delhi Police that our complaint is being investigated by Chhattisgarh and we will pursue the matter there,” Rajiv Gowda said.

The Delhi Police investigations involve Sambit Patra’s tweet on May 18, shared by several BJP leaders, which had screenshots of what he called a “Congress toolkit” aimed at discrediting Prime Minister Narendra Modi and the government’s handling of Covid.

The Congress filed FIRs in party-ruled Chhattisgarh and Rajasthan against Mr Patra and three other BJP leaders for sharing the tweet and also complained to Twitter that the alleged “toolkit” was faked.

Yesterday, Delhi Police teams landed at the offices of Twitter India in Delhi and Gurgaon after serving notice asking why Mr Patra’s tweet was marked as “manipulated media”. The police said they had written to Twitter twice but had received “ambiguous” replies to its question on who had labelled Mr Patra’s tweet.

The government defended the police, saying they had gone to Twitter’s offices after serving three notices. “Instead of cooperating with law enforcement, Twitter has tried to play victim by mischievously overplaying a routine procedure this time,” said government sources.

Earlier, the Ministry of Electronics and IT had written to Twitter asking it to remove the tag as the “toolkit” was still being investigated.

Finally the Delhi Police stepped in, saying it was inquiring into a complaint; details of the complaint or the complainant have not been revealed.

“Delhi Police is inquiring into a complaint in which a clarification is sought from the Twitter regarding the classification of a tweet by Sambit Patra as ‘manipulative’. It appears that Twitter has some information which is not known to us, on the basis of which they have classified it as such. This information is relevant to the enquiry. Special Cell which is conducting the enquiry wants to find out the truth. Twitter, which has claimed to know the underlying truth, should clarify,” said a Delhi Police spokesperson.

Screenshots of the so-called “toolkit” shared by several BJP leaders featured alleged tips for the Congress to use its workers and social media influencers to target the government on Covid.

The Congress alleges that the All India Congress Committee (AICC) Research Department letterhead on the documents is forged.