PM Modi yesterday spoke to the Chief Ministers of Andhra Pradesh, Odisha, Telangana and Jharkhand. It is the last that has generated a Twitter row. 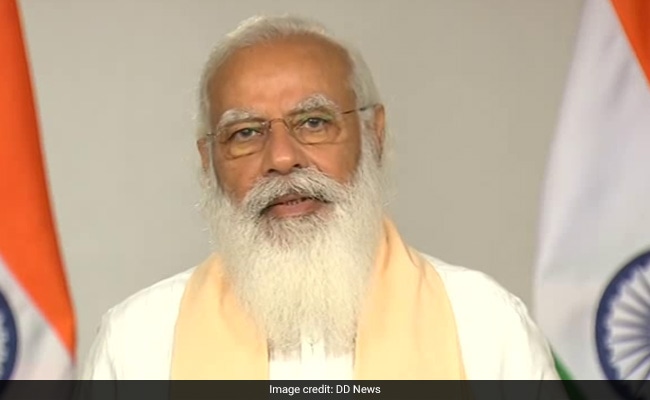 Jharkhand Chief Minister Hemant Soren’s dig at Prime Minister Narendra Modi after a phone-call with him on the Covid situation in his state has drawn sharp and varied reactions.

PM Modi yesterday spoke to the Chief Ministers of Andhra Pradesh, Odisha, Telangana and Jharkhand. It is the last that has generated a Twitter row.

“Today the respected Prime Minister called. He only spoke his “Mann Ki Baat”. It would have been better if he would have talked business and listened to the issues,” the Jharkhand chief minister tweeted in Hindi, referring to PM Modi’s monthly radio spot, loosely translated as “From the heart”.

Mr Soren was “unhappy” as he was not allowed to speak about his concerns and it was only the Prime Minister who talked, Press Trust of India quoted official sources as saying.

The post provoked furious responses from BJP leaders and supporters.

“Your tweet is not just against minimum decorum but is also a mockery of the pain of the people of your state, for whom the Prime Minister called you. You have pulled a despicable stunt. You have lowered the dignity of the Chief Minister’s post,” wrote Assam BJP leader Himanta Biswa Sarma.

“Hemant Soren is a failed Chief Minister. Failure in governance. Failure in tackling COVID in the state. Failure to assist people. To hide his failures he demeans the office he holds. Wake up and work, Mr. Soren. The clock is ticking,” tweeted Jharkhand BJP leader Babulal Marandi.

Hemant Soren is a failed CM.

Failure in tackling COVID in the state.

To hide his failures he demeans the office he holds.

Wake up and work, Mr. Soren. The clock is ticking.@PMOIndia@HMOIndia@blsanthoshhttps://t.co/SHX7NGzKhw

“It is a very serious and worrying that even at this time, the Prime Minister only wants to talk, not listen,” wrote Congress leader Pawan Khera.

Jharkhand is among the 10 states and Union territories that account for over 75 per cent of the daily COVID-19 deaths in the country, government data says. The others are Maharashtra, Uttar Pradesh, Karnataka, Delhi, Chhattisgarh, Haryana, Punjab, Tamil Nadu and Rajasthan.

Jharkhand reported 133 Covid deaths on Thursday and 6,974 cases. The mortality rate in the state remains higher at 1.28 per cent against the national mortality rate of 1.10 per cent.

Jaffer's Response To Jadeja's "Rewind To The 90's" Pic Is "Jhakaas"