A senior administration official of the area said the bodies were of locals, one of whom died of cancer and another of old age. 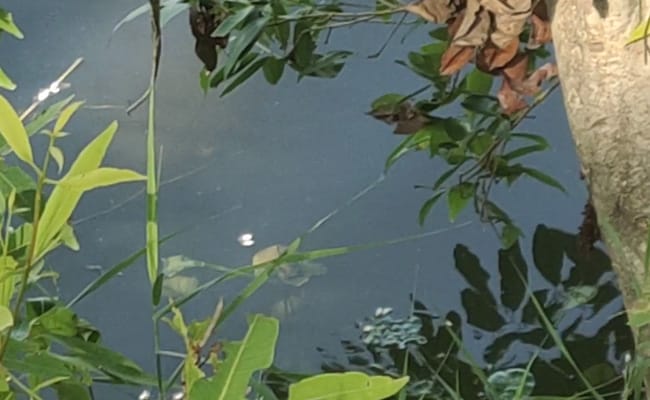 Over the last two days, scores of bodies had washed up on the banks of river Ganga in Bihar and UP(FILE)

The human tragedy amid the second wave of Covid – that of bodies being dumped in rivers instead of being given a funeral — has now reached Madhya Pradesh. Two bodies were seen on the banks of Runj river in Panna district of the state on Tuesday. A senior administration official of the area, however, said the bodies were of locals, one of whom died of cancer and another of old age.

The residents alleged that four to five bodies have been found in the Runj river, which acts as drinking water source for cattle in the village.

“We fear an epidemic might break in our village due to these bodies which have been floating in the river since the last five to six days,” a resident said.The Panna district collector Sanjay Kumar Mishra, however, said just two bodies, and not four to five bodies, were there. “One body was of a 95-year-old villager. Another was of a cancer patient, Both are from Nandanpur village. The village sarpanch has told us that both bodies were immersed and not cremated in the river as part of a long-standing tradition Both bodies were retrieved on Tuesday and were buried safely.”

Over the last two days, scores of bodies had washed up on the banks of river Ganga in Bihar and Uttar Pradesh. It is suspected that the bodies are that of Covid patients.

In addition, videos of a bridge near Bihar border in Saran district, have been doing the rounds on social media. In the videos, bodies are apparently seen thrown into the river from ambulances stopping at the spot.

Locals claimed that the ambulances come both UP and Bihar. Across the border in Uttar Pradesh is Balliya district.

The two states have been disputing over the corpses since the first ones were found on the riverbank in Buxar.

Bihar minister Sanjay Kumar Jha has said the bodies have floated down into Bihar from Uttar Pradesh.

“Nitish Kumar is pained at both the tragedy as well as harm to the river Ganges. A net has been placed in Ganges in Ranighat, bordering UP and Bihar,” the minister has said.

The District Magistrate of Buxar, Aman Samir, said a “narrative was being made” that due to the lack of logs for cremation or financial issues, families were immersing their dead in the Ganga. “That is not true,” he said.