In the previous ministry, Prabhmeet Sarkariya was the associate minister of small business and red tape reduction. 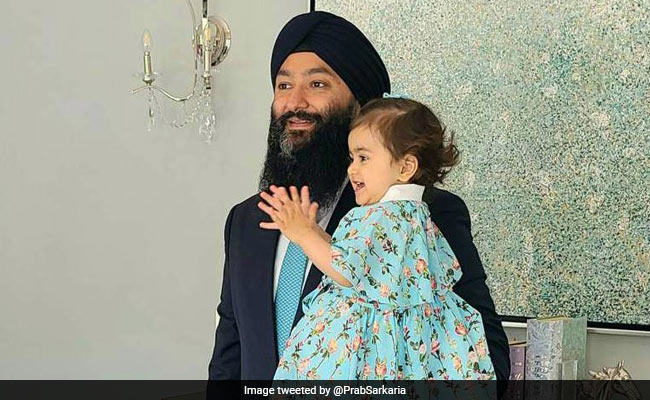 Two more Indo-Canadian politicians have been appointed as ministers in a Cabinet reshuffle in Canada’s Ontario province, taking the representation of the community members in the Executive Council to three.

Ontario Premier Doug Ford on Friday reshuffled his Cabinet, with former finance minister Rod Phillips – who resigned from his post following a Caribbean vacation during the COVID-19 pandemic – returning as the new minister of long-term care.

The reshuffle comes just under a year before next June”s provincial election.

In the previous ministry, there was one Indo-Canadian – Prabhmeet Sarkariya, who was the associate minister of small business and red tape reduction.

Mr Sarkariya, 30, has now been promoted to take over as president of the Treasury Board.

He is the first turban-wearing Sikh Cabinet minister in Ontario.

“It is an honour to be sworn in as #Ontario”s President of the Treasury Board. I am dedicated to working hard with Premier @fordnation and my colleagues to support Ontarians as we continue to tackle the #COVID19 pandemic & work towards our recovery! ,” Mr Sarkariya tweeted taking over the new role.

Mr Sarkaria’s parents immigrated from Punjab, India in the 1980s.

Parm Gill, 47, took on the new portfolio of citizenship and multiculturalism.

Mr Gill was born in Moga, Punjab. He moved to Canada at a young age.

“Thank you Premier @fordnation for this great honour and thank you to my community of Milton for allowing me to represent you each and every day as part of this Provincial Government,” he tweeted after his appointment.

“Who would have thought a young boy who immigrated from India to Canada at a young age, raised by a single mother, would today be sworn in as Minister of Citizenship and Multiculturalism for the Province of Ontario,” Mr Gill added.

”Excited to be sworn in as the Associate Minister of Small Business & Red Tape Reduction. Thank you to Premier @fordnation for his confidence in me and to my family and staff for their continuous support,” she tweeted.

1 In 2 Indian-Americans Faced Discrimination In Past 1 Year: Report