Britain reported a surge in cases of the Omicron coronavirus variant on Saturday, which government advisors said could be just the tip of the iceberg. 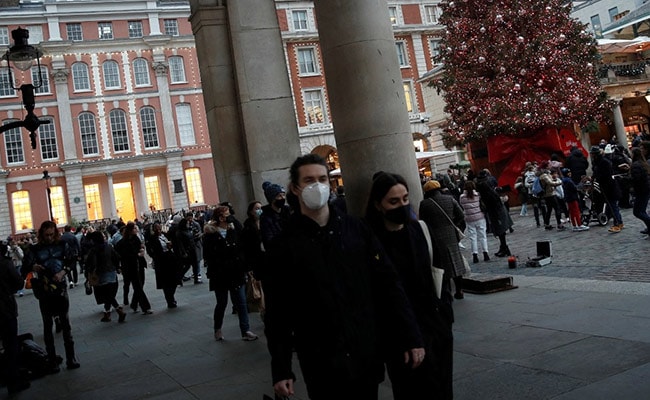 Britain’s health minister Sajid Javid declined on Sunday to rule out the chance of further COVID-19 restrictions before Christmas, saying the spread of the Omicron variant was a very fast moving situation.

Britain reported a surge in cases of the Omicron coronavirus variant on Saturday, which government advisors said could be just the tip of the iceberg. London’s mayor declared a “major incident” to help the city’s hospitals cope.

Asked whether he could rule out restrictions before Christmas, Javid told BBC Television: “We are assessing the situation, it is very fast moving.”

“There are no guarantees in this pandemic I don’t think. At this point, we just have to keep everything under review.”

Javid said the government was taking the “sobering” advice of its scientists seriously, was watching the data on an “almost hourly basis” and would balance that against the broader impact of restrictions on things such as businesses and education.

He said that there was a still a lot that is not known about Omicron but waiting until data is clearer may leave it too late to react to it.

More than 100 of Prime Minister Boris Johnson’s own Conservative lawmakers voted against the government’s latest measures to tackle the spread of COVID-19 earlier this week and Johnson is facing the biggest crisis of his premiership after a litany of scandals and missteps.

Asked if Johnson was too weak to bring in further restrictions, Javid said: “No, I don’t think that’s the case … if the government felt that further action had to be taken of course we would present that to parliament and it would be for parliament to decide.”

The number of Omicron cases recorded across the country hit almost 25,000 as of 1800 GMT on Friday, up by more than 10,000 cases from 24 hours earlier, the UK Health Security Agency said.

The number of all new COVID-19 cases reported in official data on Saturday was 90,418. Cases were up 44.4% over the seven days to Dec. 18 compared with the previous week.

Javid said the government believed around 60% of new COVID-19 cases in England were now Omicron.

London Mayor Sadiq Khan said he thought new restrictions were inevitable otherwise the health service would be on the verge of collapse under the joint pressures of staff shortages and increased hospitalisations.