“I don’t think that criminalising those sorts of things will deal with the problem that we have got at the heart of the Sarah Everard case,” Dominic Raab said. 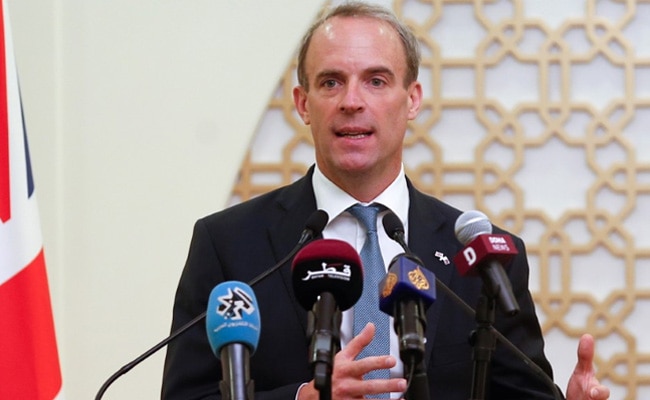 Dominic Raab made the gaffe during a TV interview.

British justice minister Dominic Raab on Wednesday came under fire after saying that “misogyny is wrong, whether it’s a man against a woman or a woman against a man”.

His confusion about the definition arose during an interview with the BBC in which he was asked why the government rejected calls for misogyny to be made a hate crime in the wake of the murder of London woman Sarah Everard.

“If you don’t know what misogyny is then you’re never going to find it,” Nazir Afzal, who has prosecuted grooming gangs and celebrity sexual abusers, wrote on Twitter.

Misogyny is hatred aimed at women, while misandry targets men.

“What I meant was… if we are talking about, effectively, insults with a sexist basis, I don’t think that criminalising those sorts of things will deal with the problem that we have got at the heart of the Sarah Everard case,” Raab said.

“Criminalising insulting language — even if it’s misogynistic — does not deal with the intimidation, the violence and the much higher level of offence and damage and harm that we really ought to be laser-like focused in on,” the former foreign secretary said.

The government on Tuesday announced an independent inquiry into “systematic failures” in policing, after an officer serving in London was jailed for life for Everard’s kidnap, rape and murder.

The death of the 33-year-old marketing consultant rocked the country and led to an outcry over violence against women and girls in Britain.

Wayne Couzens, 48, who served in the Metropolitan Police diplomatic protection unit, falsely arrested Everard as she walked home from a friend’s house, on the pretence that she had broken coronavirus restrictions in place at the time.

Israel To Begin Covid Booster Shots For Over 40 Year-Olds

US Working On Plan To Reopen To Fully Vaccinated Foreigners: Official