The service, named Orchestra, will mesh together Inmarsat’s GEO satellites with the new deployments. 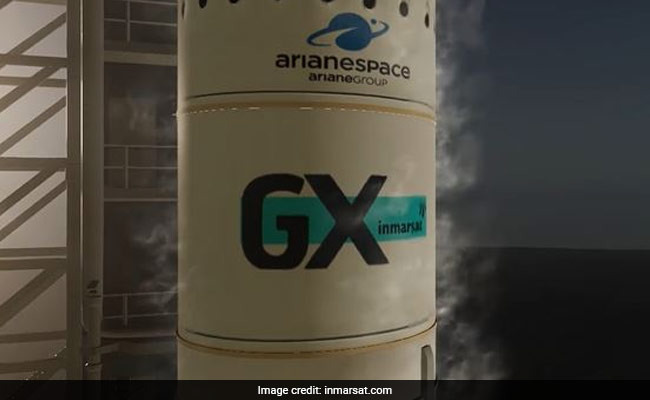 
Britain’s Inmarsat said it would launch a constellation of low earth orbit (LEO) satellites that it will combine with 5G mobile and its existing GEO satellites to offer more capacity to its global maritime, aviation and land-based customers.

The service, named Orchestra, will require investment of about $100 million over five years and will eventually include 150-175 LEO satellites, Inmarsat said on Thursday.

Inmarsat already has a network of high-capacity GEO satellites that will number seven by 2024, offering high-speed broadband.

It will augment this with the smaller and cheaper LEO satellites. These are being deployed in high numbers by operators such as Elon Musk’s Starlink and UK-backed OneWeb.

Chief Executive Rajeev Suri said Orchestra would offer a service unmatched by any competitor, particularly in congested areas such as a crowded port, an aircraft preparing to land at LAX or a defence force in a remote location.

The network will mesh together Inmarsat’s GEO satellites with the new deployments, he said.

“GEO is for ubiquitous coverage and capacity globally, and then LEO comes in for high-demand areas, such as canals, and 5G will take care of ports and other congested places,” he said in an interview.

He said the service would not compete with the likes of Starlink or OneWeb because it would be targeted at commercial and government customers, including new opportunities like high end cruises, rather than consumer broadband or video distribution.

Previously listed in London, Inmarsat was sold to a consortium of UK-based Apax Partners, U.S.-based Warburg Pincus, Ontario Teachers’ Pension Plan and the Canada Pension Plan Investment Board for $3.4 billion in 2019.