University of Southern California reached a $842.4 million settlement approved at Los Angeles Superior Court, lawyer Gloria Allred said in a statement, on top of $215 million agreed to in a 2018 federal class action case. 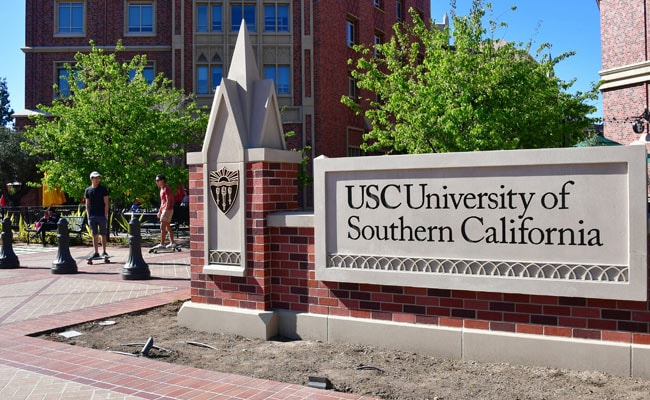 According to lawyer, it is the “largest sexual abuse settlement against a university in US history.”

A top California university has agreed to pay more than $1 billion to hundreds of alleged sex abuse victims of a former campus gynecologist, a lawyer representing plaintiffs said Thursday.

University of Southern California reached a $842.4 million settlement approved a Los Angeles court, lawyer Gloria Allred said in a statement, on top of $215 million agreed to in a 2018 federal class action case.

According to Allred, it is the “largest sexual abuse settlement against a university in US history.”

George Tyndall has been accused of abuse by hundreds of female patients during medical examinations over the course of his 30-year career, in a major scandal that has engulfed the university.

Accusations against Tyndall, ranging from inappropriate touching to rape, date as far back as 1990. The youngest alleged victim was aged 17.

The doctor, now 74, has been accused of taking photos of patients’ genitals, groping their breasts and making lewd remarks about their physiques, as well as racist and homophobic comments.

He allegedly targeted minority students — including many from the university’s large Asian student population.

Hundreds of former patients sued the university for failing to adequately respond to the allegations against Tyndall, claiming that the institution was aware of the doctor’s actions but continued to allow him access to students.

Tyndall was not investigated by USC officials until 2016, and was allowed to retire under an amicable agreement with the university, the financial details of which have not been disclosed.

USC reached an “agreement in principle” to pay $215 million in a federal class action case in 2018, but 702 more plaintiffs opted out of that settlement and sued in state court.

“The sheer size of this settlement is testimony to the enormous harm that the depraved action of George Tyndall caused our clients,” said law firm Manly, Stewart & Finaldi, which represents 234 of the plaintiffs, in a statement.

“It also speaks to the culpability of USC in employing Tyndall for 30 years and ignoring volumes of complaints and evidence of his misdeeds.”

There was no immediate response from USC.

The university’s president resigned in 2018 amid pressure from two hundred professors to step down over the scandal.

Los Angeles police opened their own investigation, and in 2019 the doctor was arrested and charged with multiple counts of sexual penetration and sexual battery by fraud against 16 young women.

He is awaiting trial and could face a sentence of up to 53 years in prison if convicted, the district attorney’s office said.

Tyndall has denied any wrongdoing, and said in a 2019 statement that he “remains adamant” he will be “totally exonerated.”