Under mounting criticism for dominating vaccine resources, the U.S. said this week that it will help India by sending items needed to manufacture vaccines as part of an aid package. 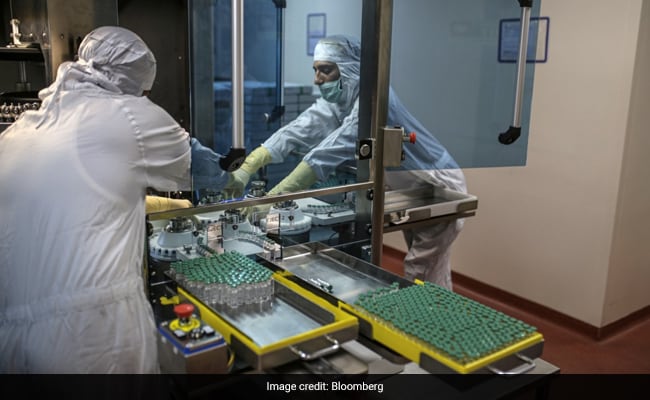 Employees work on the production of line for vials of Covishield.


For months, developed economies have hoarded Covid-19 vaccines and the raw materials needed to make them. Now, they’re being forced to act as an explosive outbreak in India raises the risk of new virus mutations that could threaten the wider world.

Under mounting criticism for dominating vaccine resources, the U.S. said this week that it will help India by sending items needed to manufacture vaccines as part of an aid package. European countries are also pledging help as new cases in the South Asian country smash world records. President Joe Biden’s administration is separately vowing to share its stockpile of AstraZeneca Plc vaccines — which the U.S. hasn’t even approved for use — and meeting with drug companies about boosting supply and waiving intellectual property protections on Covid-19 shots, a shift India and South Africa have been pushing for.

The moves show a growing realization that the vaccine nationalism many wealthy nations have embraced has the potential to backfire, prolonging the global pandemic. While those countries have been cornering supplies of the first vaccines for their world-leading rollouts, places like India have run short, allowing the virus to run wild. Some scientists have linked the nation of 1.3 billion people’s second wave to a more virulent strain, with the out-of-control outbreak providing a petri dish for further mutations to evolve that could challenge the vaccines now being distributed from the U.K. to Israel.

“There is certainly potential for new variants to emerge in a country the size of India that could pose a threat elsewhere,” said Ramanan Laxminarayan, founder of the New Delhi and Washington-based Center for Disease Dynamics, Economics & Policy. “It is in the world’s interest to ensure that India exits the pandemic at the earliest, and vaccination is the only way.”

The pink countries are trying to prevent the yellow countries from making vaccines that would save thousands of thousands, possibly millions from unnecessary deaths.

The longer the pandemic goes on, the more mutations will develop. pic.twitter.com/xW0oNz7dyc

While viruses undergo changes all the time, not all are significant. But some new strains in other parts of the world have ignited concerns because they could be more contagious. Earlier this year, data showed that AstraZeneca’s vaccine was less effective against one variant that emerged in South Africa. 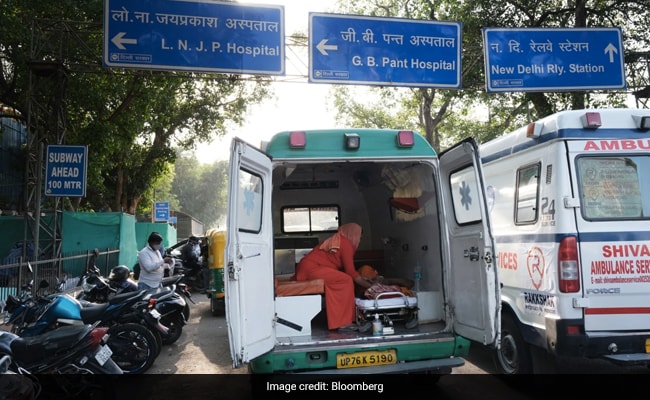 A Covid-19 patient is attended to in ambulance while waiting at the main entrance of the Lok Nayayak Jaiprakash Hospital in New Delhi, India, on Sunday, April 25, 2021.

India’s variant — a strain named B.1.617 — is already raising alarms. It has two critical mutations that make it more likely to transmit and escape prior immunity that has been built up, Anurag Agrawal, the director of India’s Council of Scientific and Industrial Research’s genomics institute, told Bloomberg last week.

Rakesh Mishra, the director of the Centre for Cellular and Molecular Biology in Hyderabad, one of the labs working to sequence virus samples in India, said this variant appears to be more infectious, but it isn’t likely to cause more deaths.

Also, the AstraZeneca vaccine and another from India’s Bharat Biotech International Ltd. have been shown to be effective against it in preliminary data, he said. India’s health ministry hasn’t confirmed if this variant is more transmissible, and a spokesperson for the federal health ministry could not be immediately reached.

And at the rate infections are occurring in India, B.1.617 won’t be the only or last variant of concern out of India’s second wave.

“I fear there may be more trouble coming,” said William Haseltine, a former Harvard Medical School professor and HIV researcher who now chairs think tank Access Health International. “There are already second and possibly third generation variant of the B.1.617 circulating in India. These may be more dangerous than is the B.1.617 variant itself.”

India’s second wave is certainly more destructive. Hospitals and crematoriums are cracking under pressure, while Indians are begging on social media for everything from oxygen cylinders to drugs. Almost 3,000 people are dying every day, with experts saying that figure likely underplays the real toll. The daily death rate is almost double what it was at the height of the first wave, stoking speculation the new variant, or other mutations, are to blame. Brazil, another developing country that has struggled to ramp up vaccines, suffered from a virus strain that’s said to be responsible for a much higher Covid death rate.

“We are fighting a virus that is not standing still,” Stephane Bancel, the chief executive officer of Moderna Inc., told reporters at a briefing held on Friday by a number of vaccine makers and industry bodies. “If you think about the variants that are emerging, the U.K., Brazil, South Africa and now we are hearing about the double mutant variant in India, there are more appearing everywhere. I’m worried deeply about the next six months.”

Public health experts now see a ramped up vaccination effort as key to quelling outbreaks like the one in India.

But despite being home to the world’s largest vaccine industry, India’s immunization drive has slowed in recent weeks and many states are warning that their supplies have almost dried up.

The shortages have partly been blamed on bottlenecks related to a few key items, with Adar Poonawalla — the chief executive officer of the Serum Institute of India Ltd., the country’s biggest vaccine producer and AstraZeneca’s manufacturing partner — increasingly pointing to the U.S.

Poonawalla has repeatedly called on the U.S. to release shipments of critical raw materials, saying the U.S. invoking the Defence Production Act to curb exports of some ingredients and bolster its own industry is one of the main reasons behind the slowdown in shots.

Respected @POTUS, if we are to truly unite in beating this virus, on behalf of the vaccine industry outside the U.S., I humbly request you to lift the embargo of raw material exports out of the U.S. so that vaccine production can ramp up. Your administration has the details. ??

“It’s the shortage of critical input materials that is becoming a real bottleneck,” Rajinder Suri, chief executive officer of the Developing Countries Vaccine Manufacturers’ Network, said at Friday’s briefing. “If anyone of the components is missing, the entire chain comes to a grinding halt. The problem is that most of these materials are coming from the U.S.”

The items that many vaccine makers have been struggling to get hold of include glass vials, single-use filters and bioreactor bags, according to the majority of 15 suppliers, developers and contract manufacturers surveyed ahead of a Chatham House summit last month. However, the scale of the problem, even within industry groups, has been hard to quantify due to a lack of data.

As the scale of India’s virus emergency rose to global prominence this week, the offers of aid and doses started to come. Besides the U.S.’s commitments, the U.K., France and Germany have also pledged aid and much needed oxygen tanks for India.

Biden said Tuesday that in a call with Indian Prime Minister Narendra Modi, he discussed “when we’ll be able to send actual vaccines to India, which would be my intention to do.” In the meantime, the U.S. is providing other aid, Biden said. The U.S. government has said it plans to send about 60 million doses of the AstraZeneca vaccine overseas.

Still, a more marked shift in the way developed countries view vaccines will likely be needed. Even if the U.S. did send all of its AstraZeneca doses to India, it would have a limited impact on a population of its size. There are also other parts of the vast developing world that are yet to see shots, or consistent supplies.

“Many parts of the world still remain deeply at risk,” Jennifer Nuzzo, a senior scholar at the Johns Hopkins Center for Health Security, said in a Bloomberg TV interview last week. “I worry about these headlines continuing for a year or more unless international partners get together and help share some of the vaccines that are there.”

–With assistance from Bibhudatta Pradhan.

Ram Kapoor “Speechless” At Amul’s Tribute To His Father, A “True...