Major Vadym Voroshilov has been dubbed the “Shahed Killer” for shooting down five “Shaheds” Russian drones. 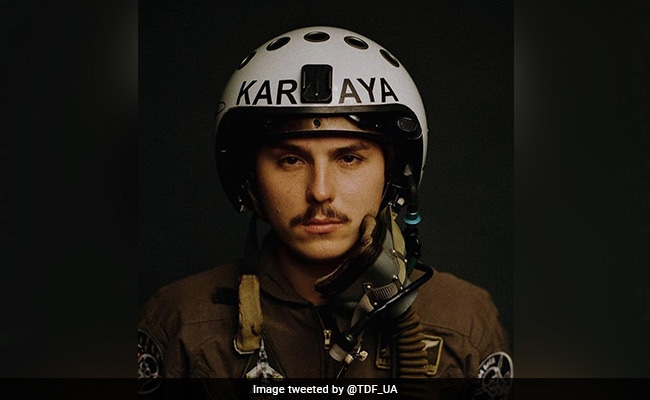 Major Vadym Voroshilov is a fighter pilot with the Ukrainian forces.

A Ukrainian pilot, dubbed the “Shahed Killer”, is being hailed as a hero online after tales of his bravery were widely reported this month.

“On the mission, his plane was damaged. He took the downed MiG-29 away from a town in the Vinnytsia region and ejected,” Ukraine Territorial Defense Forces wrote.

The account also shared a selfie that the pilot took, face bloodied but with a thumbs up, on his mission – an image that has since been shared widely.

Sharing the image on the occasion of Ukraine’s Armed Forces Day on December 6, Major Voroshilov had written, “Let me put it bluntly. No one and nothing can break us! The Defence Forces of Ukraine stand to protect not only our state, they stand to protect the whole civilized world.”

“It is a shield that protects the western world from the horde that leaves only chaos and destruction behind! But this protection is very expensive for the sons of Ukraine, so it needs to be understood and remembered!” he said.

Explaining why he was sharing the image, the fighter jet pilot wrote, “On the video from the flights, everything is very good, the planes are flying, the rockets are firing back, but, unfortunately, there is no understanding of what is happening behind the scenes, so I decided to post the photo without editing.”

The post came as Russia’s invasion of Ukraine entered its tenth month. Missiles have been a key part of the Kremlin’s offensive, with Russia launching nine, large-scale air attacks – usually firing more than 70 missiles at a time – since October 10, knocking out power, running water, mobile signals and heating.

Ukraine’s record of downing missiles has ranged from around 50 per cent to as much as 85 per cent, with more recent attacks coming closer to the higher end, according to news agency Reuters based on Ukrainian data.

“Covid Variant From China Not In Delhi, No Need To Panic”: Arvind Kejriwal