“So honoured to have this gentle soul in my life there are no words to describe the lifelong bond that I now share with you my angel,” wrote Naomi Campbell 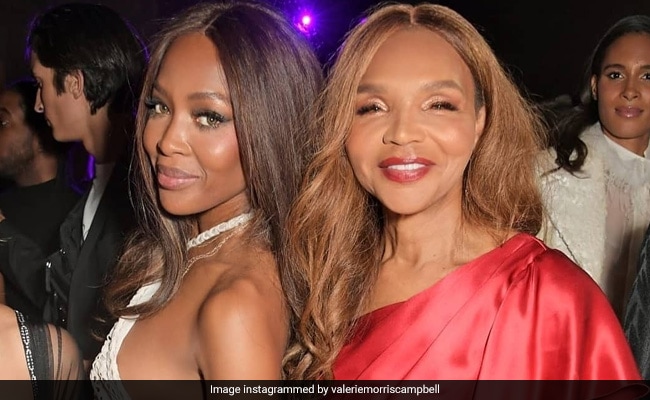 Supermodel Naomi Campbell, in a surprise Instagram post on Tuesday, revealed she has welcomed her first child. In another post shared by the 50-year-old supermodel’s mother Valerie Morris-Campbell, she revealed it’s a baby daughter for Naomi Campbell. Both Naomi Campbell and her mother shared the same photo in their announcement posts, in which the supermodel can be seen cradling the baby’s feet with her palm. “A beautiful little blessing has chosen me to be her mother. So honoured to have this gentle soul in my life there are no words to describe the lifelong bond that I now share with you my angel. There is no greater love,” the new mother wrote in her post. Naomi Campbell’s baby announcement post arrived as a surprise as the supermodel had not even hinted in the past few months that she was about to become a mother.

Congratulating Naomi Campbell on embracing motherhood, her mom Valerie Morris-Campbell, 69, wrote: “Congratulations to my daughter Naomi on the birth of her daughter, I’m beyond thrilled as I’ve waited a long time to be grandmother.” Responding to her mother, Naomi dropped this emotional comment: “We love you Mum.”

Naomi Campbell’s baby announcement post was flooded with congratulatory messages from the likes of Game Of Thrones stars Sophie Turner and Gwendoline Christie, actresses Zoe Saldana, Jessica Chastain and Kate Hudson, and singer-songwriter Rita Ora, among others. Celebrated designer Marc Jacobs, with whom Naomi has collaborated frequently in the past few decades, wrote: “Oh my God! Today is the day? How absolutely incredible. How lucky she is and how lucky you are! What a wonderful Mother you will be. Blessings all around.” Naomi’s long-time friend designer Donatella Versace dropped this heart-warming comment: “Naomi, today I go from being sista to auntie! I am so so so happy for you and I can’t wait to meet her!”

Supermodel Cindy Crawford, mother of two, welcomed Naomi Campbell to the “mommy club”: “This put the biggest smile on my face! Congrats to you both and welcome to the mommy club! It’s the best!” Kim Kardashian, who has four kids with her reportedly estranged husband Kanye West, wrote “beautiful angel” on Naomi’s post.

Congratulatory messages for Naomi Campbell also poured in from models such as Munroe Bergdorf, Adut Akech Bior, Erin O’Connor, Dominique Jackson and Amiyah Scott, in the sea of heart-warming comments.