“I can confirm that the video was taken by Navy personnel,” said a spokesperson for the United States Department of Defense. 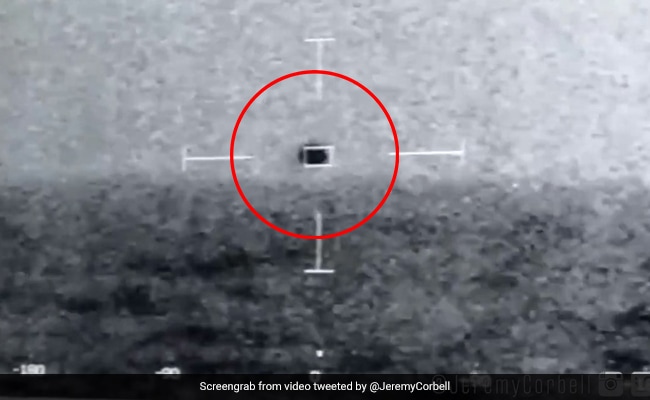 Leaked footage appears to show a UFO vanishing into the ocean near California.


Filmmaker and UFO enthusiast Jeremy Corbell has released footage that appears to show an unidentified flying object or a UFO disappearing into the water off California. The footage was captured by the US Navy off the coast of San Diego in July 2019, according Mr Corbell. It appears to show a dark spherical object, as seen by an infrared camera, flying over the ocean. “It splashed,” military personnel can be heard saying in the video just as the object appears to vanish into water.

“I can confirm that the video was taken by Navy personnel, and that the UAPTF included it in their ongoing examinations,” Pentagon spokesperson Susan Gough confirmed in an email to The Debrief.

The leaked UFO footage released by Jeremy Corbell on May 15 has clocked in more than 9.7 lakh views on Twitter. Watch it below:

The US Navy photographed & filmed “spherical” shaped UFOs & advanced transmedium vehicles; here is some of that footage. Filmed in the Combat Information Center of the USS Omaha / July 15th 2019 / warning area off San Diego @ 11pm PST. No wreckage found. No craft were recovered. pic.twitter.com/tK1YTG8sJ7

On his website, Mr Corbell says the UFO appeared to be “transmedium capable” – i.e. capable of travelling through both air and water. “It is noted in intelligence reports that the ‘spherical’ craft could not be found upon entry to the water – that a submarine was used in the search – and recovered nothing,” he writes.

Mr Corbell says the footage was recorded on July 15, 2019 by Navy personnel abroad the USS Omaha. During the summer of 2019, the Navy reported several sightings of Unidentified Aerial Phenomena – the Pentagon’s term for UFOs. The USS Omaha was just one of several vessels that observed unexplained aerial phenomena close to the coast of California.

Last year, the Pentagon had officially released three short UFO videos that were taken by Navy pilots in 2004 and 2005.