“Finally got my hands on riding the Being Human E-Bike gifted by Salman Khan,” wrote Rahul Vaidya 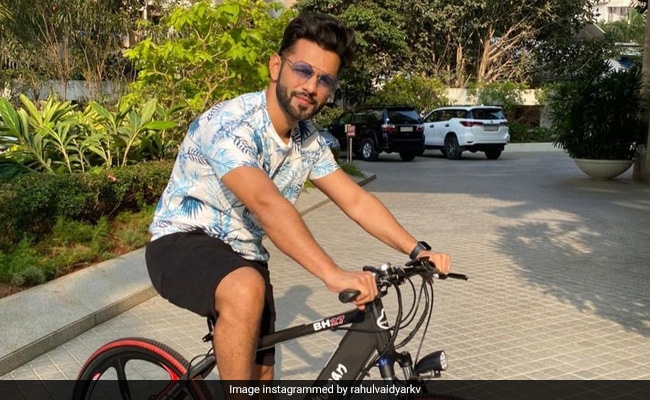 Singer Rahul Vaidya, who was one of the finalists of Bigg Boss 14, is thrilled to have received a special gift from show host Salman Khan. In an Instagram post recently, Rahul Vaidya shared photos of himself riding an e-bike, which he said is a gift from the 55-year-old superstar. The e-bike is one from Salman Khan’s Being Human brand. “Finally got my hands on riding the Being Human E-Bike gifted by Salman Khan,” Rahul Vaidya wrote in his post. Sharing his experience, Rahul wrote that the e-bike is the perfect way to get some cardio done outdoors: “The experience is amazing since I love being outdoors and doing cardio.”

When Rahul Vaidya is not cycling, here’s how he is sweating it out in the gym. For motivation, he picked the song Bella Ciao from Money Heist.

Rahul Vaidya, who was a contestant on Bigg Boss 14 from Day 1, emerged as one of the finalists on the show and also turned out to be the runner-up on the finale as Rubina Dilaik was declared as the winner. Apart from Rahul Vaidya and Rubina Dilaik, contestants such as Aly Goni, Nikki Tamboli and Rakhi Sawant were the finalists for this season.