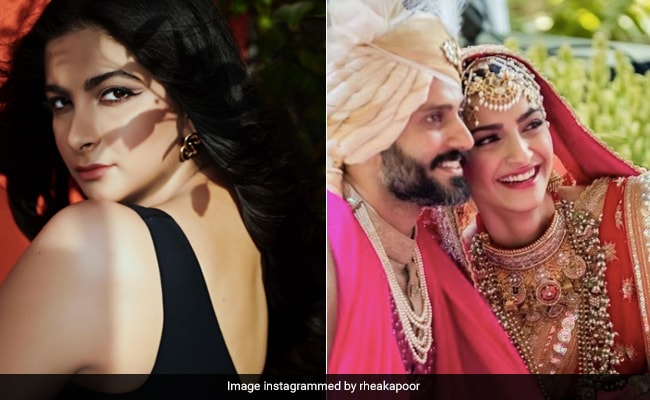 Actress Sonam Kapoor married Anand Ahuja, a businessman in 2018. Today, the couple is celebrating their third wedding anniversary. Sonam’s sister Rhea Kapoor has wished them on the occasion. On Saturday, Rhea posted a few throwback pictures of her sister Sonam and brother-in-law Anand on Instagram. The first picture in the series is a beautiful memory from Sonam and Anand’s wedding. Sonam as the bride and Anand as the groom look great in the candid frame. The second and third pictures, which were clicked on their vacations, feature Sonam and Anand posing together as a couple.

Rhea also wrote a heartfelt note for the happy couple as she misses them. Sonam and Anand are currently staying in London. She called Sonam and Anand, her “favourite people on the planet” and wrote, “Happy anniversary to my favourite people on the planet. Gotta make up for two years of lost adventures but we’ve got a lifetime to do it! I feel like a part of my soul is missing. Love you so much. FaceTime family meetings will suffice till then. #everydayphenomenal.”

To this, Sonam replied, “Love you so so much rhee.. miss you.” Sonam and Rhea’s aunt Maheep Kapoor also reacted to the post. Maheep dropped a few red heart emojis in the comment section.

Sunita Kapoor also wished her daughter Sonam and son-in-law Anand on their wedding anniversary. Sunita posted a few throwback pictures of the couple on her Instagram handle and wrote a note along with it. “Happy happy anniversary.. May God bless you. May your love keep growing, increasing day by day. May your days ahead be filled with laughter, May you create wonderful memories in the years ahead. Love you both so much,” Sunita’s caption read.

Reacting to her mom’s post, Sonam wrote, “Mama miss you love you…”

Both Sonam and Anand are yet to upload their wedding-anniversary special posts for each other. However, the couple has been acknowledging everyone’s wishes on their respective Instagram handles. Take a look at their Instagram stories here. 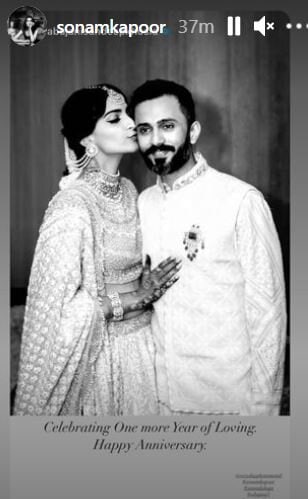 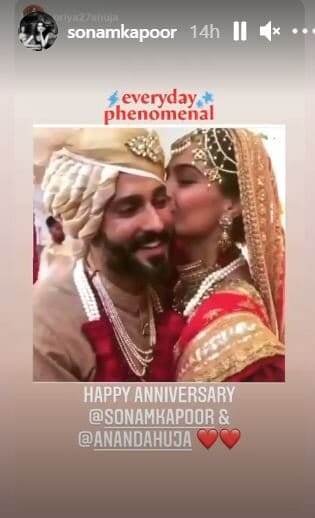 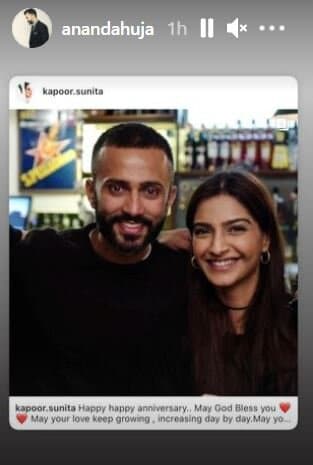 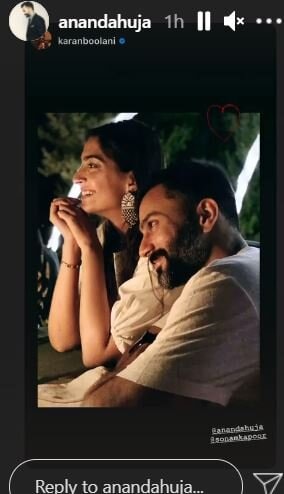 Sonam’s father Anil Kapoor and brother Harshvardhan Kapoor are yet to wish her on the occasion.

Anil Kapoor and Sunita Kapoor have three children, Sonam Kapoor, Rhea Kapoor and Harshvardhan Kapoor. Sonam is the elder sister of Rhea and Harshvardhan. While Sonam and Harshvardhan are actors, Rhea is a film producer. She has produced films like Aisha, Khoobsurat and Veere Di Wedding. Sonam had featured in all these three films.

Sonam Kapoor was last seen in Vikramaditya Motwane’s Netflix film AK Vs AK in 2020. The movie featured Anil Kapoor and Anurag Kashyap as leads. Anil’s son Harshvardhan was also featured in the film.

Sonam now has an upcoming film Blind coming up.

Mehul Choksi Has To Be Deported To India, Dominica Government Tells...