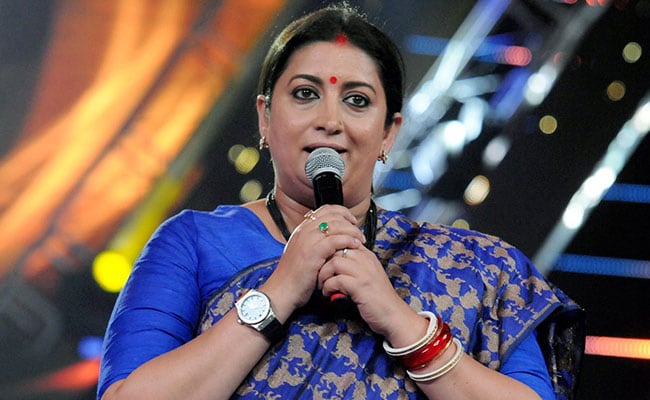 Smriti Irani said a woman’s right to choose her lifestyle was “sacrosanct”. (File)

Politicians have no business talking about how people dress, Union Women and Child Development Minister Smriti Irani said on Thursday, in the first full-throated rejoinder from a BJP leader of the controversial “ripped jeans” remark by Uttarakhand Chief Minister Tirath Singh Rawat.

There are certain things which are sacrosanct and one of them is a woman’s right to choose the way she wants to live her life and engage with society as she deems fit, Ms Irani said, speaking at an event organised by the Times Network.

“Irrespective, men, women, transgender, politicians have absolutely no business talking about how people dress, what they eat, what they do because ultimately our service is of policy making and ensuring rule of law. There have been faux pas made by many politicians — men and women,” the minister said.

Describing the clothes of a woman who sat next to him on a flight that included jeans ripped at the knees and bangles in her hands and with two children travelling with her, he wondered what values she would give them.

“It is not as though these particular positions have been taken only by men and I think with growing urgency there is conversation across our country in all communities that there are certain things which are sacrosanct and one of them is woman’s right to choose the way she wants to live her life and engage with society as she deems fit as long as you don’t break the law I have absolutely no business telling you what to do,” Ms Irani said.

Responding to a question on why she called her party colleague Mr Rawat’s remarks a faux pas, she said, “No one in their enlightened mind will make that statement.”

Talking about women reservation, she said the BJP was the first party to make 33 per cent reservation within itself.

“People like Nirmala (Sitharaman) and me received our first organisational positions because of that. There have been many women who never had an opportunity to serve in higher offices. Today if you look at global indices which talk about political empowerment of women…women serving in panchayats have not been recognised internationally,” Ms Irani said.

“In India, we have 1.3 million women serving in panchayats, no other nation in the world has such a big contingent of women politically serving doesn”t get recognition. There is this potential that needs more and more opportunities because wherever women have been given equal opportunity to compete they have done well,” she added.

On the #metoo movement in India involving former Union minister MJ Akbar and journalist Priya Ramani, Ms Irani said if there is a violation of law it is a woman’s right to pursue justice.

“There can be no debate on it,” she said.