The UN health agency said the B.1.617 variant of Covid-19 first found in India last October seemed to be transmitting more easily than the original version of the virus. 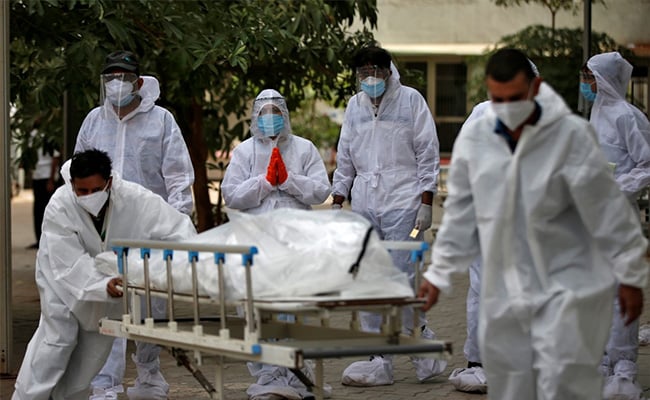 Coronavirus: COVID-19 cases have been rising in India

A Covid-19 variant spreading in India, which is facing an explosive outbreak, appears to be more contagious and has been classified as being “of concern”, the World Health Organization said Monday.

The UN health agency said the B.1.617 variant of Covid-19 first found in India last October seemed to be transmitting more easily than the original version of the virus, and might possibly have some increased resistance to vaccine protections.

“There is some available information to suggest increased transmissibility of the B.1.617,” Maria Van Kerkove, the WHO’s lead on Covid-19, told reporters, also pointing to early studies “suggesting that there is some reduced neutralisation”.

“As such we are classifying this as a variant of concern at the global level,” she said, adding that more details would be provided in the WHO’s weekly epidemiological update on Tuesday.

India, suffering from one of the worst outbreaks in the world, reported nearly 370,000 fresh infections and more than 3,700 new deaths on Monday.

The devastating wave has overwhelmed country’s healthcare system, and experts have said official figures for cases and fatalities are much lower than the actual numbers.

It has for some time been feared that B.1.617 — which counts several sub-lineages with slightly different mutations and characteristics — might be contributing to the alarming spread.

But until now, WHO has listed it merely as a “variant of interest”.

Now it will be added to the list containing three other variants of Covid-19 — those first detected in Britain, Brazil and South Africa — which the WHO has classified as being “of concern”.

They are seen as more dangerous than the original version of the virus by being more transmissible, deadly or able to get past vaccine protections.

When it comes to the B.1.617 variant, Van Kerkove stressed that for the time being “we don’t have anything to suggest that our diagnostics or therapeutics and our vaccines don’t work”.

“What we know now is that the vaccines work, the diagnostics work, the same treatments that are used for the regular virus work,” she told the news conference.

“So there’s really no need to change any of those, and in fact… people should go ahead and get whatever vaccine is available to them and that they are eligible for.”

Ex-Sri Lanka Player Lokuhettige Banned From Cricket For 8 Years By...