Many experts believe the time will soon be right for the federal government to ease its recommendations on indoor masking across the board, and say doing so could help encourage more vaccine holdouts about the clear benefits of getting their shots. 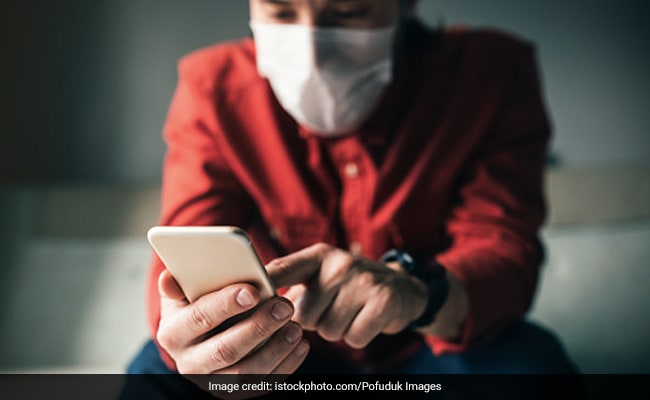 Centers for Disease Control and Prevention says masks not needed in outdoor in US.

Covid cases are declining quickly while vaccinations continue to rise slowly but surely in the United States, the former epicenter of the pandemic.

Many experts believe the time will soon be right for the federal government to ease its recommendations on indoor masking across the board, and say doing so could help encourage more vaccine holdouts about the clear benefits of getting their shots.

The Centers for Disease Control and Prevention already says masks aren’t needed outdoors for vaccinated people unless it’s crowded, nor indoors when inoculated individuals gather in small groups with others who are immunized.

President Joe Biden, who has set a target of vaccinating 70 percent of adults with at least one dose by July 4, told a meeting of state governors on Tuesday that further loosening measures are to “come soon.”

Right now, the vaccination figure is around 59 percent of adults with at least one dose, while the country is reporting around 38,000 daily new cases — a per capita rate of 11 new cases per 100,000 people, well below global hotspots and falling fast.

Consensus is growing among experts that given the encouraging data, the United States is approaching the right time to lift indoor mask restrictions in most public settings.

“For somebody who’s already been fully vaccinated, they can wear the mask out of solidarity or in a symbolic sense, but their wearing a mask indoors is not benefiting anyone else,” explained Vinay Prasad, an epidemiologist and biostatistician at the University of California, San Francisco (UCSF).

“There’s an infinitesimally low probability of even having an infection that can be detected on a PCR test, let alone being able to spread it to someone,” he added.

Public health authorities were cautious about vaccines’ ability to stop transmission back when they were first rolled out in December, because the clinical trials they went through were only designed to test their efficacy against symptomatic disease.

– ‘Vaccines are the solution’ –

But accumulating data from the real world has shown that — as many immunologists had expected — the vaccines are extremely effective at preventing asymptomatic infection, said Monica Gandhi, an infectious disease physician and professor also at UCSF.

A study among health workers from Britain showed an 86 percent reduction in asymptomatic infection after two doses of the Pfizer shot while a huge Israel study of the general population showed 94 percent efficacy.

The news gets even better: Because the outbreak itself is declining, the actual rate of so-called “breakthrough infections” is very, very low.

According to data reported to the CDC as of April 26, some 9,000 people out of 95 million people became infected despite being fully vaccinated — 0.009 percent.

The rate of hospitalizations and deaths was 0.0009 and 0.0001 percent, respectively.

And even when a vaccinated person becomes infected, new Israeli research has shown the viral loads inside the individual’s nose are very low, likely non-transmissible.

“Masking is a tool, and vaccines are the solution,” said Gandhi, who has written seven papers on the importance of masking to stem the pandemic, and was one of the earliest proponents of universal masking in the United States.

There is another good reason to ease restrictions, and that is to motivate people who are hesitant to roll up their sleeves, said Angela Rasmussen, of the Vaccine and Infectious Disease Organization in Canada.

This is becoming more important as the rate of vaccination in the United States has fallen from its early April peak and supply is outstripping demand in many regions.

But she added it will be important to define clear metrics, “because one of the biggest problems with communication during the pandemic has been the perception that public health agencies are moving the goalposts.”

She and other experts foresee that masking will continue to be a personal choice, and it may still be wise for elderly people who have comorbidities.

Amesh Adalja, who works on pandemic policy at the Johns Hopkins Center for Health Security, said that even after the pandemic, mask wearing might become seasonal.