The IPS officer, however, said the MLA had levelled false allegations against him after he asked him not to misbehave at the DM’s office. 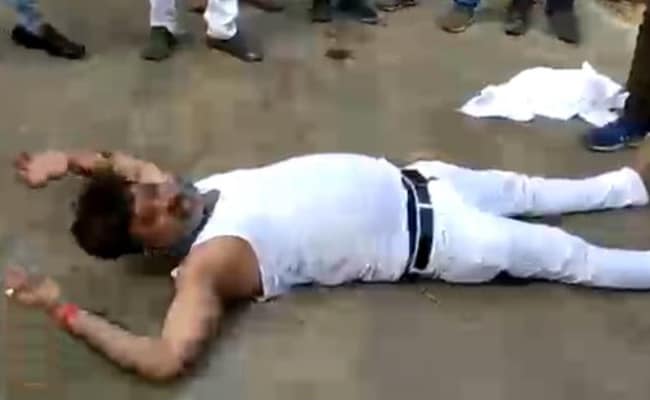 MLA Dhiraj Ojha said he had done nothing wrong

A BJP MLA from Uttar Pradesh’s Pratapgarh district, 170 kilometres from Lucknow, has alleged assault by the local police chief after an argument over voter lists for the upcoming panchayat elections.

Dramatic visuals show MLA Dhiraj Ojha walking out of the office of the district magistrate with a torn kurta in his hands. On camera, he accuses the newly appointed Superintendent of Police Akash Tomar of assaulting him.

“Ek vidhayak ko maara kaptaan ne (the SP has assaulted an MLA),” Mr Ojha says in a viral clip, as he lies down on the ground in protest.

“I had done nothing wrong. The SP wants to get me beaten. He is a dangerous man, he will get me killed,” he adds. 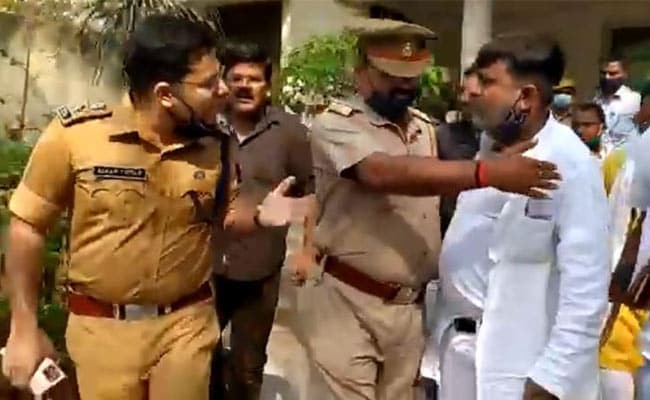 The IPS officer, however, said the MLA had levelled false allegations against him after he asked him not to misbehave at the DM’s office.

Another mobile clip from around the same time shows Mr Tomar leaving the district magistrate’s office; the MLA and his supporters follow him. The officer and the MLA are seen arguing in the clip later.

As the officer walks towards his car, the MLA shouts “will you shoot me”. His supporters then repeat their leader’s words.

None of the videos, now viral on social media, show the officer issuing threats or manhandling the politician.

The MLA later told reporters that there were discrepancies in voter lists. “Why does the administration not want genuine voters to be on the lists?” he said.

The officer, in a written statement, refuted the allegations.

“The MLA, Mr Dhiraj Ojha, had sat on a dharna at the residence of the Pratapgarh district magistrate. When I asked him not to misbehave, he raised false allegations against me. The DM was present with me at all times. The police had nothing to do with these events,” he said.