The woman, who lay in the car outside the state-run GIMS hospital in Noida for nearly three hours, lived alone in Noida while her two children lived with her husband in Madhya Pradesh. 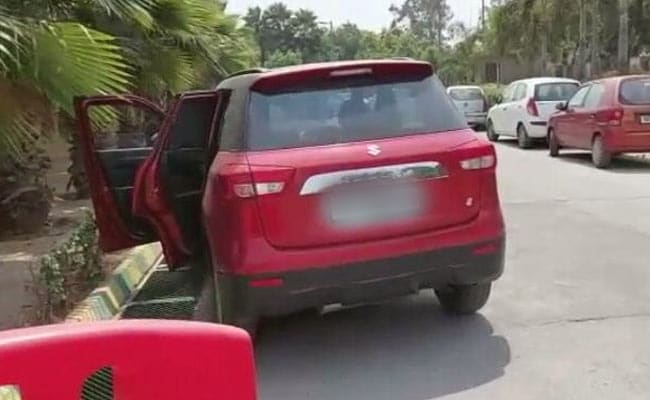 As India reels under a deadly second wave of coronavirus, countless cases of unspeakable tragedies have emerged from across the country.

On Thursday, a 35-year-old Covid positive woman died in the parking lot of a government-run hospital in Noida, gasping for breath as the person accompanying her begged the authorities for a bed. Jagriti Gupta, who lay in a car outside the state-run GIMS hospital in Noida for nearly three hours, lived alone in the city while her two children lived with her husband in Madhya Pradesh. She worked in Greater Noida as an engineer.

“I was standing right there as her (Jagriti Gupta’s) landlord ran around, asking for help. But no one listened to him. Around 3:30 pm, she collapsed. When the landlord ran to the reception to report that she is no longer breathing, the staff rushed outside and declared her dead,” Sachin, an eyewitness, told NDTV.

As the country battles a tidal wave of Covid cases in this devastating second wave, Uttar Pradesh Chief Minister Yogi Adityanath last week claimed that there is no shortage of oxygen in his state and that the initial problems around increasing the number of hospital beds were quickly overcome. But, on the ground, these claims quickly unravel.

Covid patients, unable to find beds in Uttar Pradesh’s Noida, are dying on the road. Families are being forced to return home with their patients as the city, adjoining Delhi, reels under an acute shortage of beds and oxygen.

The online bed tracker created by Noida authorities have 2,568 beds, including oxygen beds and ICU beds, but none is available.

When NDTV called the Noida helpline asking for the availability of beds, the reporter was told that no beds are available anywhere in Noida and Greater Noida. Asked how long the wait can be for beds, the operator said, “Cannot say. There’s a lot of crisis.”

Noida is one of the worst-hit districts in the state with over 8,200 active cases of coronavirus and 212 deaths, official data showed on Friday.

India today set a grim global record with over four lakh cases in 24 hours after logging over three lakh cases for almost a week. The deadly second wave has left patients fighting for hospital beds and oxygen, hospitals overburdened and crematoriums running out of space as bodies pile up.

Watch: Kohli As "The Ugly Duckling" At RCB Team Bonding Is...