The Allahabad High Court highlighted how Covid has now reached villages in Uttar Pradesh, with the recent panchayat election in the state contributing to the surge. 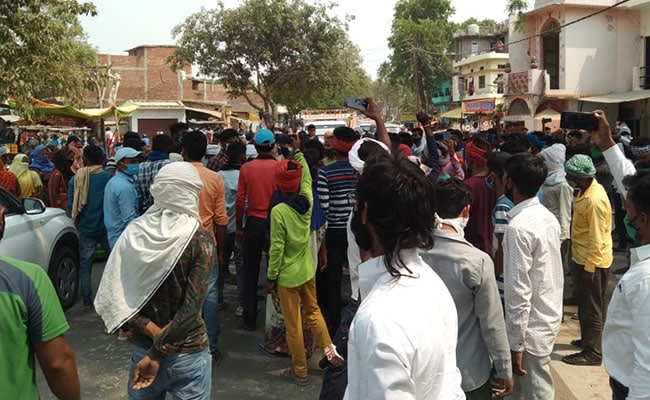 The court pointed out that the UP panchayat polls contributed to the Covid surge.

The Election Commission, the higher courts and the government “failed to fathom the disastrous consequences” of permitting the elections in a few states and the panchayat election in Uttar Pradesh, the Allahabad High Court has said.

A single-judge bench of Justice Siddharth Verma made the observations on Monday while granting protection from arrest “on special grounds”, till January 2022, to a builder based in Ghaziabad, near Delhi. A case had been filed against the builder by Uttar Pradesh Police in a case related to a property possession default.

The order also listed out what the special grounds were , saying “the apprehension of death on account of reasons like the present pandemic of novel coronavirus can certainly be held to be a ground for grant of anticipatory bail to an accused”.

In detailed observations, part of the 18-page anticipatory bail order, the court highlighted how Covid has now reached villages in Uttar Pradesh, with the recent panchayat election in the state contributing to the surge.

“The state government is having tough time in controlling the spread of novel coronavirus in urban areas, and it would be very difficult to conduct the test, detect and treat the village population found suffering from novel coronavirus. The state lacks preparation and resources for the same at present,” the Allahabad High Court said.

Uttar Pradesh, the country’s most populous state recorded 20,463 new COVID-19 cases in the last 24 hours. 306 Covid patients died in the same period. It is fourth in the list of worst-hit states in India.

Last week, the Election Commission of India fought a case in the Supreme Court requesting that the media be stopped from reporting court observations. The election body’s objection involved the Madras High Court recently commenting that the commission was singularly responsible for the latest Covid surge and “should be booked for murder” for not stopping election rallies in the last two months. The comment was not in the final order.

Adar Poonawalla Meets Partners In UK, Will Return “In A Few...

“I Believe That My Mom Manifested Him”: Priyanka Chopra To Oprah...