Saturday, May 21, 2022
Rajpostexam.com Single Spot For Worldwide Information And News
Home World Pi Day: History, Significance And Other Things You Need To Know

Pi Day celebrates the the mathematical constant, Pi. The day is also celebrated as the birthday of Albert Einstein. 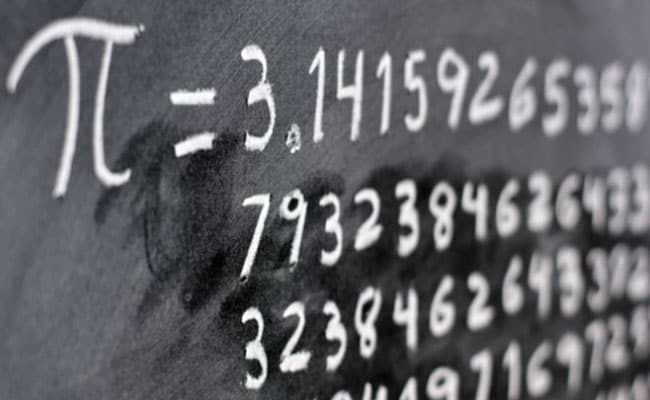 Pi is actually an irrational number that is most often approximated with the decimal 3.14.

It’s a special day for those who love mathematics and want to honour Albert Einstein. March 14 every year is celebrated as Pi Day to commemorate mathematical constant Pi. It is also the birthday of Einstein, one of the greatest physicists of all time.

What is Pi Day?

An entire website is dedicated to Pi Day, which also defines the mathematical constant as the ratio of a circle’s circumference to its diametre.

Pi is actually an irrational number that is most often approximated with the decimal 3.14 or the fraction 22/7.

It has interested people around the world for over 4,000 years. Many mathematicians – including famous ones such as Fibonacci, Newton, Leibniz, and Gauss – have toiled over Pi, calculated its digits, and applied it in numerous areas of mathematics.

Pi is a part of Egyptian mythology. People in Egypt believed that the pyramids of Giza were built on the principles of pi.

The value of the Pi was first calculated by Mathematician Archimedes of Syracuse. It was later accepted by the scientific community when Leonhard Euler used the symbol of Pi in 1737.

The first Pi Day was celebrated in 1988 by American physicist Larry Shaw. As part of the celebrations, people also eat pie on this day or participate in competitions.

Pi Day is celebrated by lovers of mathematics every year by Pi recital competitions and Pi Day workouts to stimulate interest in learning and practising mathematics.

Elon Musk Bragged About Tesla And Did What He Rarely Does:...